Since 1972 various “Respect Life” efforts have been undertaken in the Catholic Church in the United States. Although this attention to the immutable value of human life is proper at all times, October has traditionally been observed as Respect Life Month.

A considerable element in the recent battle for the confirmation of now Associate Justice Kavanaugh, and the vehement opposition to his nomination, appeared to focus on his potential future role in overturning the January 22, 1973 decision of Roe v Wade, which together with Doe v. Bolton, opened the door to abortion on demand in the U.S. 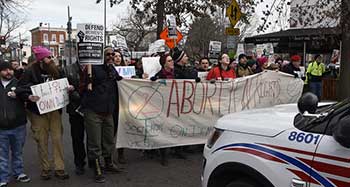 The shrill intensity of these efforts to defend access to abortion helps us to see how human life in the womb continues to be endangered and without any legal protection. The advocates of abortion insist on an unlimited license for the destruction of the unborn child. It gives us pause and we wonder whether, indeed, this insistence is driven by a supernatural evil. St Paul’s warning is aptly applied: “For our struggle is not against flesh and blood, but against the rulers, against the powers, against the world forces of this darkness, against the spiritual forces of wickedness in the heavenly places” (Eph 6:12).

The work proper to Respect Life Month is, therefore, not only political. It is a spiritual combat that leads, we pray, to a conversion of hearts, and the illumination of minds to objective truths. 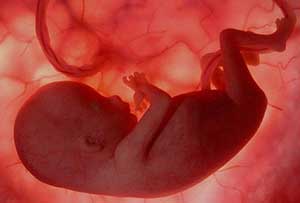 The scope of our labors can rightly include all areas of human relief and assistance, but the greatest goal is the rooting out of those intrinsic and grave evils that include abortion, euthanasia, and assisted suicide. These are direct attacks on the life of individuals. Abortion directly kills the baby growing in his or her mother’s womb. Euthanasia is an action or omission which is intended to hasten or cause the death of the person. In assisted suicide, the doctor places the means of self-destruction into the victim’s hands, as an encouragement to suicide.

In each of these tragic ‘remedies,’ there is a common thread of hopelessness and despair. The loss of hope drives people to discard life rather than embrace its mystery. The abortive woman loses hope, and determines that she cannot and will not take responsibility for the life within her. Under the pretense of mercy, the agent of euthanasia sees no useful purpose for life to continue, and wills death as the solution. So also, in assisting suicide, a person who could encourage and support, becomes the enabler for another man or woman’s desperation. The choice in each is death. 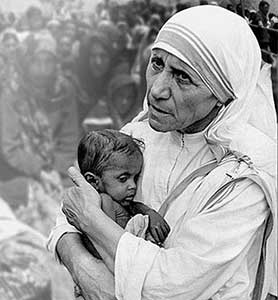 Let us be clear that people need us at all times when hope is elusive, or when they do not have the necessities of life and health. Indeed, there is no other private institution that does more to assist expectant mothers, the sick, the dying, the elderly, the poor and homeless, the mentally ill, and those struck by catastrophe, than does the Catholic Church throughout the world. We must continue to be active apostles of this charity.

We must, in the words of Pope Francis, “accompany each other,” particularly in times of trial and suffering. Nonetheless, as faithful Catholics, our accompaniment of others can have only one true direction. It is never mercy to accompany someone in sinfulness, in infidelity, toward despair, or toward any act which is evil. Rather, wherever we meet someone in difficulty, we supply their legitimate needs when we are able. We are called to encourage them on a path, often difficult, to holiness. We must support them to remain faithful to their dignity, faithful to their solemn promises. It is not mercy to cause or hasten their death. We must support them on a path to life. When God calls them to natural death in accord with His will and plan, we can be by their side.

Respect Life Month is an especially fitting time to reflect on the God-given dignity and value of human life. It is also a time to teach others, to be witnesses to the hope of the Gospel, and to fortify one another with the “Good News” of salvation in Jesus Christ. It is vital to do so in those circumstances which are truly “life and death” moments.

October is also the Month of the Holy Rosary. In our prayer and work for Human Life, there are few more powerful weapons.

"It is impossible to further the common good without acknowledging and defending the right to life, upon which all the other inalienable rights of individuals are founded and from which they develop." (No 101, Evangelium Vitae. Pope St. John Paul II, 1995)

“Opposition to abortion and euthanasia does not excuse indifference to those who suffer from poverty, violence and injustice.  Any politics of human life must work to resist the violence of war and the scandal of capital punishment.  Any politics of human dignity must seriously address issues of racism, poverty, hunger, employment, education, housing, and health care. Therefore, Catholics should eagerly involve themselves as advocates for the weak and marginalized in all these areas.  Catholic public officials are obliged to address each of these issues as they seek to build consistent policies which promote respect for the human person at all stages of life. But being 'right' in such matters can never excuse a wrong choice regarding direct attacks on innocent human life.   Indeed, the failure to protect and defend life in its most vulnerable stages renders suspect any claims to the 'rightness' of positions in other matters affecting the poorest and least powerful of the human community.” (no. 22, USCCB, Living the Gospel of Life: A Challenge to American Catholics, 1998) 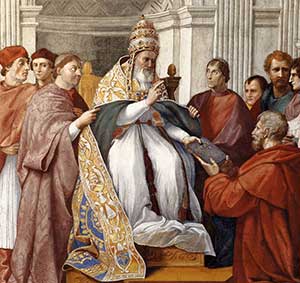 “Let us be neither dogs that do not bark, nor silent onlookers, nor paid servants who run away before the wolf.  Instead, let us be careful shepherds watching over Christ's flock.  Let us preach the whole of God's plan to the powerful and the humble, to rich and to poor, to men of every rank and age, as far as God gives us the strength, in season and out of season.” (Pope St. Gregory the Great, Book of Pastoral Instruction.)