Mission Stop 20 of 21: Queen of the Missions

Mission stop #20 on our 21 Mission in 21 Days tour was one filled with history and awe. Named after a legendary martyred church figure of the 3rd century, Santa Bárbara commands a striking view of the Pacific Ocean from position on the hill. 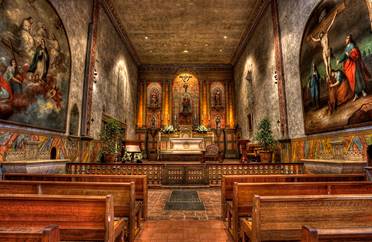 Upon our arrival, Fr. Dan from Mission Santa Barbara had prepared for us beforehand to pray in the Olive Garden where their Stations of the Cross were located.  Initially, we were met with a small group of rosary partners and we set up in the shade of Station 4: Jesus Meets His Mother, an appropriate stop for sure as we prayed the rosary.

Upon completion of the rosary, Fr. Dan gave us our blessing for our travels and for our evangelization efforts to remember the work that Saint Junípero Serra started 250 years ago. 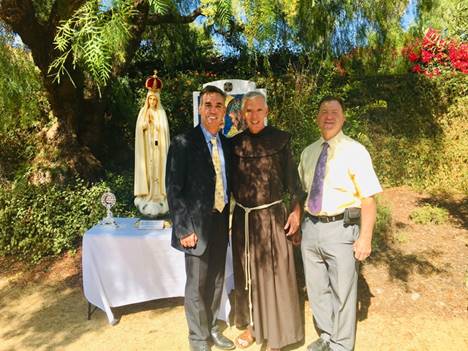 Once the rosary was concluded, we moved Our Lady to the front of the Mission, also called the  “Queen of the Missions” where she was dwarfed by the incredible facade of the stone church. 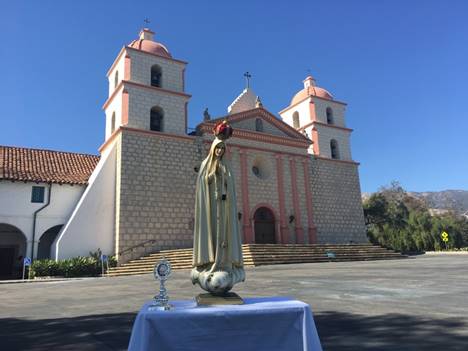 I was given a special tour behind the altar where I saw the tomb of the first Bishop of California.  Filled with original painting including two of the largest paintings in all the missions; one depicting the ‘Assumption and Coronation of the Virgin’ and another ‘The Crucifixion.’

Fr. Dan was proud of the fact that this is the only mission that has been served by the Franciscans from the very beginning. I learned also the mission at Santa Barbara which was envisioned by Father Junípero Serra as a kind of “bridge” connecting San Luis Obispo de Tolosa and San Gabriel Arcángel had gone through 2 major renovations and is now a mecca for tourists that come in from the cruise ships. We both remarked how the missions played a part in the early conversion of California, but also have a special role in the current and future conversion of California. I was proud to have played a small part in doing our part. 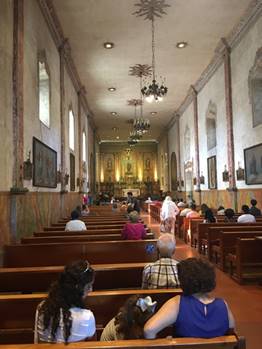 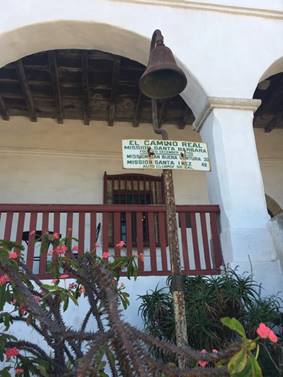 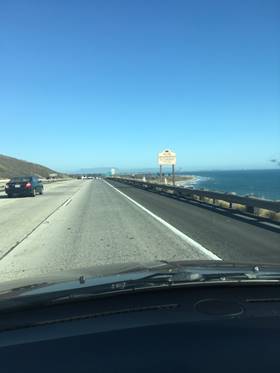