Mission Visit #8: On the Streets of San Francisco

Crossing the Bay Bridge from Oakland to San Francisco took more time than expected, but we made it to Mission Dolores just in the nick of time. We didn’t come with the rolling World Apostolate of Fatima billboard because the streets of San Francisco are just not built for it. As we made the trip, we were reminded of the beauty of the bay, with the cool ocean breeze and the rolling fog in the distance. I was really getting tired of the 90s heat wave that seemed to follow us wherever we have gone so far. 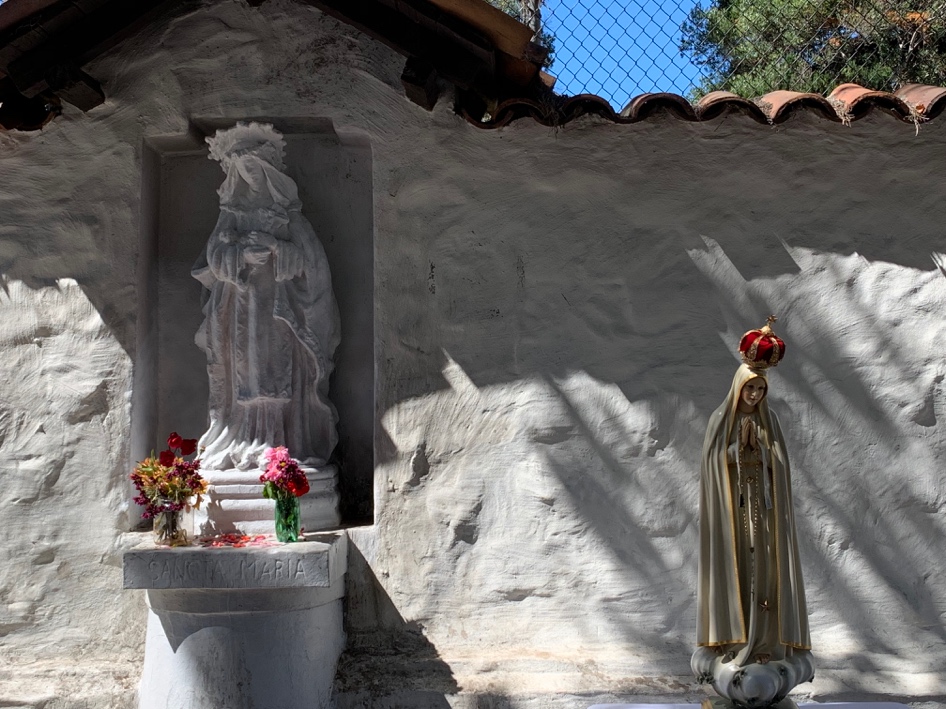 Once we set up with the Pilgrim Virgin Statue, Larry Maginot led the Rosary with a few followers who made the trip over to Mission Dolores to join us, bringing to mind our intentions to revitalize Christianity in California and to bring consolation to everyone’s life. It was a short stop, but one that had an impact on our guests who expressed much appreciation. Interesting to note, those passing by on the street came from every walk, run, and jog of life. 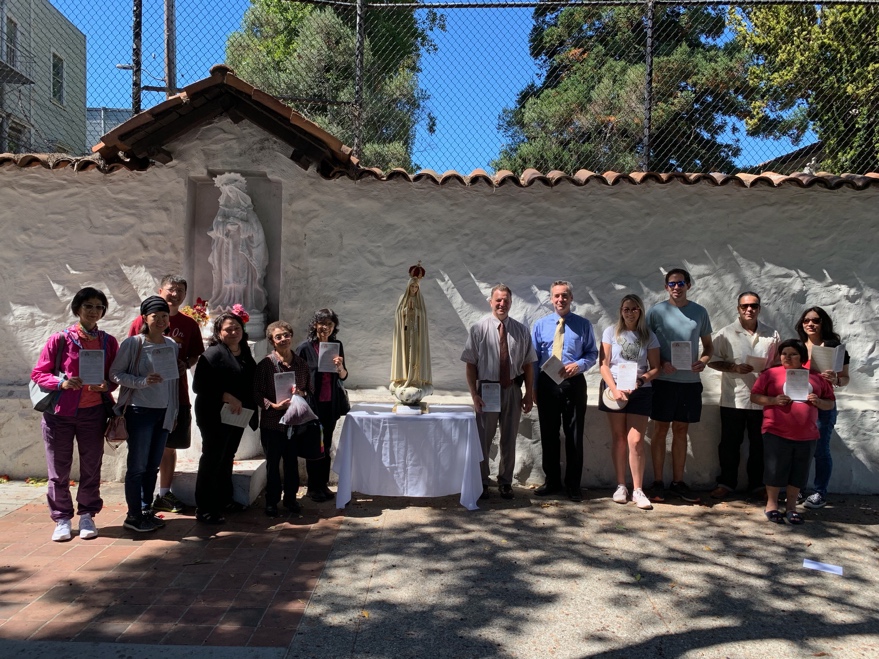 Rather than gathering in the church, we chose to pray on the street to share Our Lady with the greater community of San Francisco.  As we prayed, a family joined us; one of the joggers who passed by signed himself as he passed by Our Lady.  We were met with great support and appreciation for making this trip happen and solidarity in our message to pray for our state! It’s amazing how easy it is to pray with strangers, and by sharing our prayers in the Pew Family edition prayer cards, we were all able to pray the Angelus together. 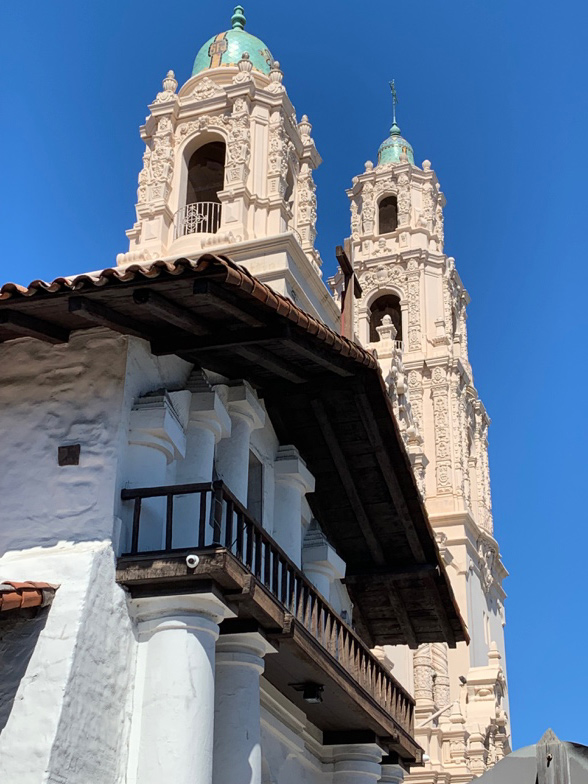 Once the proceedings concluded to our visit, we took a tour of Old Saint Mary’s Cathedral plus Chinese Mission. Served by the Paulist Fathers since 1894, this historic landmark is located at the intersection of Chinatown and the financial district, near downtown San Francisco. While there, we took time to visit China Town for a delicious luncheon before departing. 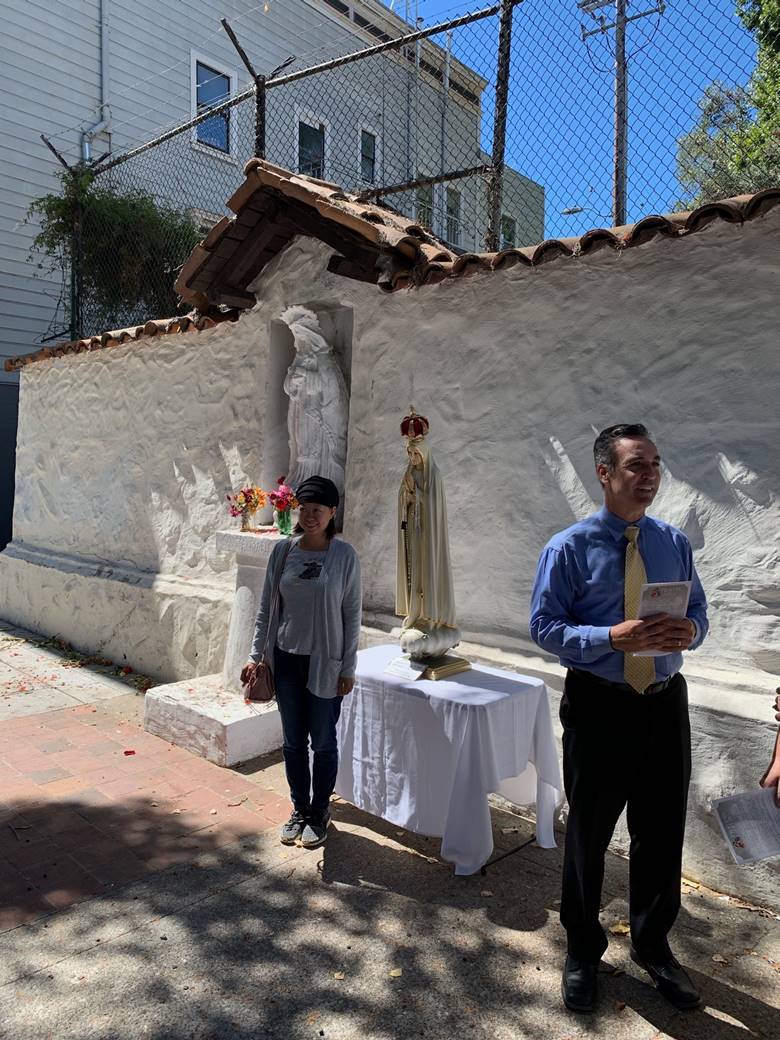 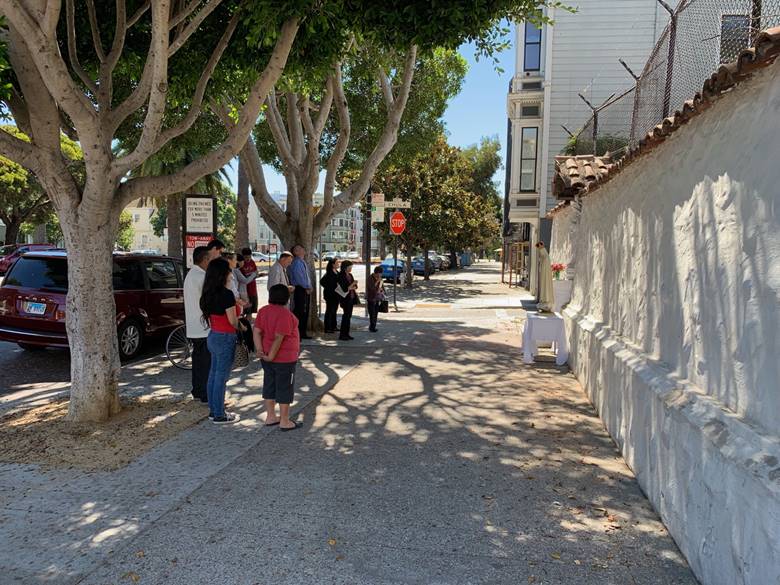 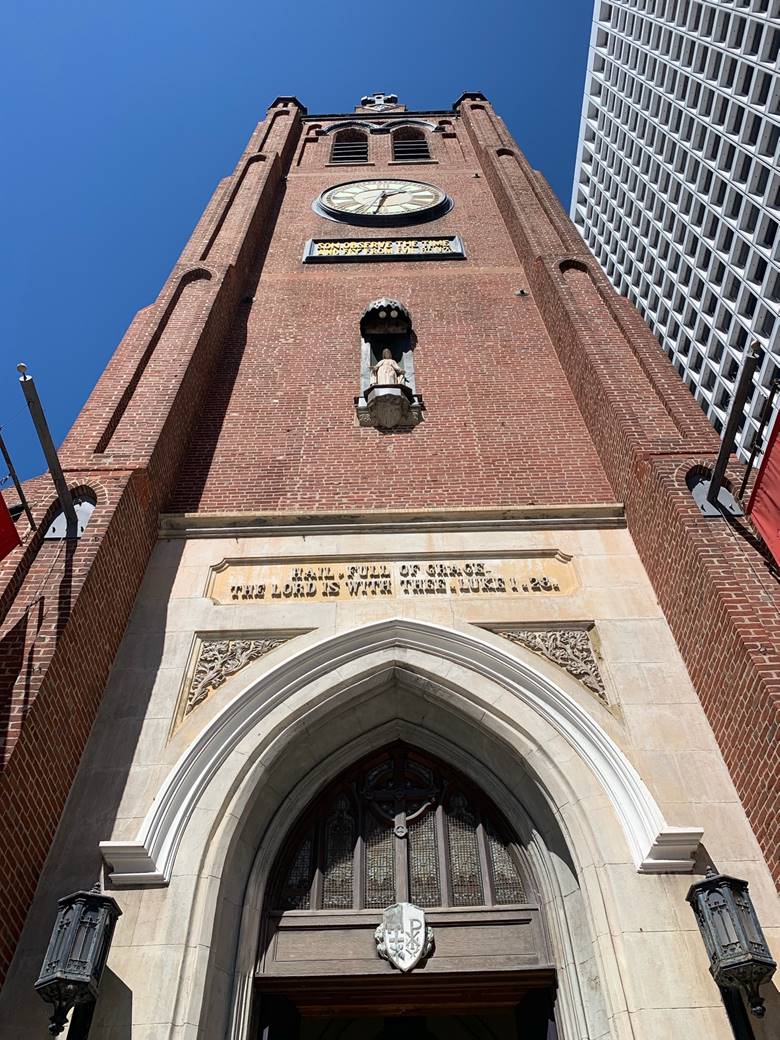 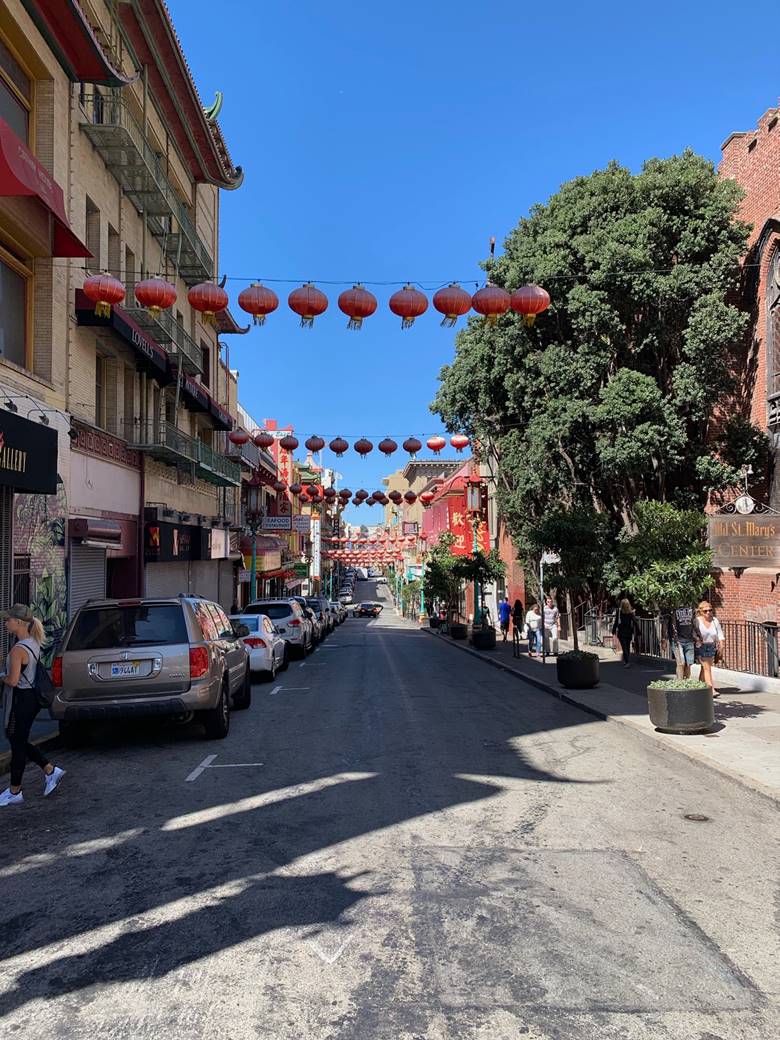