Modern Day Martyrs Honored at Fatima on May 13 Feast Day 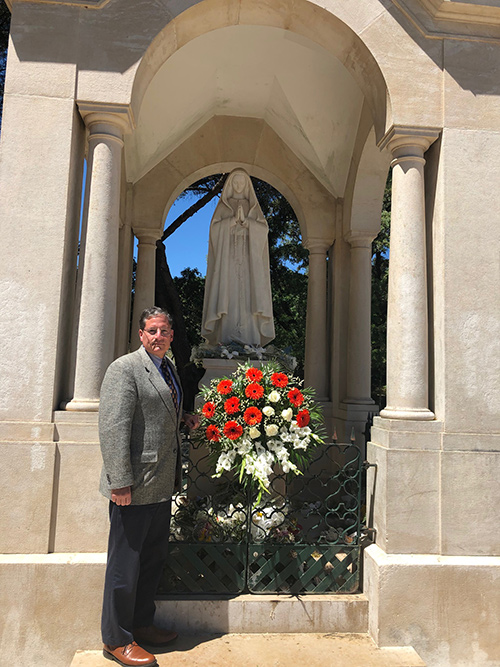 On May 13, the 102nd Anniversary of the Apparitions of Our Lady at Fatima in 1917, I stepped onto the sacred grounds of the apparition site at Fatima to pay a special act of tribute and honor to our Catholic brothers and sisters in Sri Lanka killed by Islamic terrorists on Easter Sunday.

These and others brutally martyred for their faith in various parts of the world, most notably Africa, have often been minimized or entirely dismissed. So it was vastly important to me, and on behalf of the Mystical Body of Christ, to include them in my prayer intentions of a special Rosary to Our Lady, joined by thousands of faithful around the world.

This effort, organized by Catholic Action for Faith and Family, is part of the campaign Operation Storm Heaven led by His Eminence Cardinal Raymond Burke. On the first of each month over 130,000 Catholics in the United States and abroad, our Rosary Warriors, unite with Cardinal Burke in praying the Holy Rosary for the intentions of the campaign and to bring about conversion in our world. 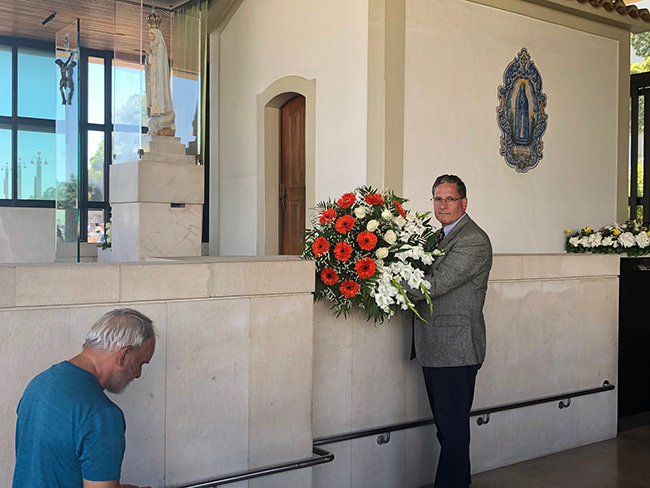 This May 13th, I asked the Rosary Warriors to unite and offer an extra special Rosary together with His Eminence, who also generously offered Holy Mass to honor Catholics who have died for the Faith.

I will tell you a little about this special act of tribute I made in Fatima in union with Cardinal Burke and the extensive network of Operation Storm Heaven members.

In the afternoon, after participating in the public Mass and official ceremonies together with several hundred thousand people, I was honored to visit the two locations where the Blessed Mother appeared to the three seer children. There, at the feet of the statue of Our Lady of Fatima, I placed a wreath of flowers to honor the fallen Soldiers of Christ. I also brought before Our Lady the personal intentions that many of you sent with me.

At the Cova da Iria, the primary location at Fatima where the majority of the apparitions took place, including the glorious Miracle of the Sun, I prayed the Rosary together with a Portuguese priest friend. It was inspiring to know that thousands of others were spiritually there with me, praying the Rosary.

Let us not forget these faithful
who lost their lives for their
Roman Catholic Faith! 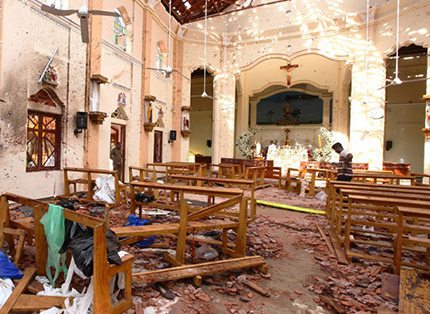