Matrimony Gift and Vocation - Catholic Action For Faith and Family

We often pray, at Mass, for an increase of vocations to the Priesthood and Religious Life. At the same time, we should pray for the grace of discernment for those called to Holy Matrimony.

We need priests. We need them to offer Holy Mass and to hear our Confessions. We need Religious Sisters and Brothers, and the many works of the Apostolate they carry out: teaching, health care, catechesis and evangelization.

We need married couples. They bring life into the world in accord with God’s plan to, “Be fruitful and multiply; fill the earth and subdue it.” (Gn 1:28) 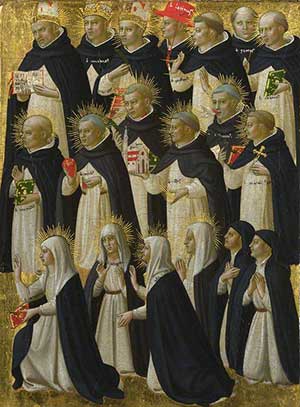 But we don’t just need priests, need religious, and need married couples. We need holy priests, and holy consecrated men and women Religious. These human men and women are clearly not perfect, but they are striving to remain faithful to the grace by which God has ordained and consecrated them. Their supernatural gifts are a powerful source of life which underlie and add an eternal dimension to their work.

And - we need holy couples. We need husbands and wives whose marriages have been elevated by the grace of Jesus Christ in the Sacrament of Holy Matrimony. They bring an extraordinary gift to the Church and the world.

Admittedly this gift of holiness in matrimony is hard to see, and very difficult to measure; but it is real, and it has a supernatural effect that can change lives. The sacramental marriage of husband and wife may look like the marriage of other husbands and wives. In the world and in our culture, these sacramentally married couples may not externally appear very different from two people – of the same sex or of opposite genders – who live together and who might have a friendship. Don’t be fooled! The difference is infinitely distinct. It must be said clearly that marriage is, by definition, between one man and one woman, faithful for life, and open to children. 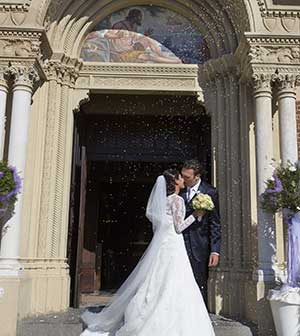 The supernatural grace generated by sacramental marriage – lived with faith, hope, and love – gives the couple the grace and dignity to be a “sign of Christ’s love for the Church.” (Eph 5: 23-27, 32)

Husbands and wives in Matrimony have been entrusted by the Heavenly Father with the mission of helping spouse and children get to heaven. Here on earth they are privileged participants, with Christ, in the work of transforming the world in holiness.

In a way analogous to the priesthood and to the vocation of Religious Life, husbands and wives are called to “do” the work of the family. But they are also called by God – and given the grace to “be” married; to be one in Our Lord Jesus Christ, with a love which is mutual, exclusive, faithful, until death, and open to children.

Consider the image of a fire that gives heat and light and power. If the holiness of the priest, and the consecration of the Religious Sister or Brother is something like a glowing coal at the center of the fire, then so also is the loving union of a husband and wife that have been made “one with each other in Jesus Christ.” They are that glowing ember. They are a source of power, of heat and light, in the Church and in the world.

Holy Matrimony is an irreplaceable and supernatural grace-filled gift in God’s plan for our salvation.

My dear friends: You are about to enter upon a union which is most sacred and most serious. It is most sacred, because it was established by God Himself. By it, He gave to man a share in the greatest work of creation, the work of the continuation of the human race. And in this way He sanctified human love and enabled man and woman to help each other live as children of God, by sharing a common life under his Fatherly care. 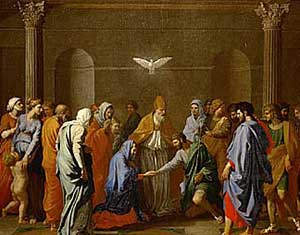 Because God Himself is thus its author, marriage is of its very nature a holy institution, requiring of those who enter into it a complete and unreserved giving of self. But Christ our Lord added to the holiness of marriage an even deeper meaning and a higher beauty. He referred to the love of marriage to describe His own love for His Church, that is, for the people of God whom He redeemed by His own blood. And so He gave to Christians a new vision of what married life ought to be, a life of self-sacrificing love like His own. …

…  This union, then, is most serious, because it will bind you together for life in a relationship so close and so intimate, that it will profoundly influence your whole future.

…  Henceforth you will belong entirely to each other; you will be one in mind, one in heart, and one in affections. And whatever sacrifices you may hereafter be required to make to preserve this mutual life, always make them generously. Sacrifice is usually difficult and irksome. Only love can make it easy, and perfect love can make it a joy.

… May, then, this love with which you join your hands and hearts today never fail, but grow deeper and stronger as the years go on. And if true love and the unselfish spirit of perfect sacrifice guide your every action, you can expect the greatest measure of earthly happiness that may be allotted to man in this vale of tears. The rest is in the hands of God. … He will pledge you the life-long support of His graces in the Holy Sacrament, which you are now going to receive.