God is with Us - Catholic Action For Faith and Family

In Advent we sing, “O Come, O Come Emmanuel…” This and the other verses of this song are from the Church’s prayer on the seven days of Advent leading up to Christmas.

But who is Emmanuel?  The story begins with two prophecies – and two promises.

In the Old Testament, King Ahaz is surrounded by his enemies. He doesn’t know what to do next. The Prophet Isaiah tries to guide him, but the King doesn’t trust God. Isaiah tells him to ask God for proof. No. He won’t do so. 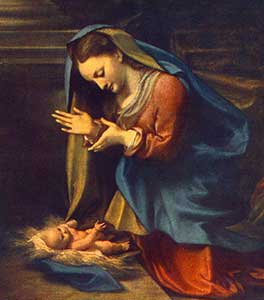 “Therefore the Lord Himself will give you a sign; behold a virgin will be with child and bear a son, and she will call His name Emmanuel” (Isaiah 7:14).

The proof that was to be given to King Ahaz was that the young maiden (a Virgin) would bear a son. The promise was a child who would rise to prominence.

In the Gospel narratives that precede Jesus’ birth, Joseph is betrothed to Mary. She is suddenly expecting a child, and Joseph has determined to break off the engagement. 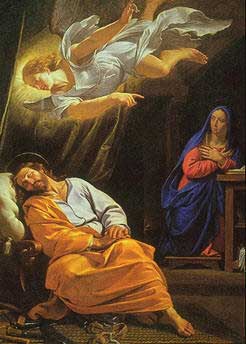 In a dream, Joseph is instructed by the Angel of the Lord, “’Joseph, son of David, do not be afraid to take Mary as your wife; for the child who has been conceived in her is of the Holy Spirit. She will bear a Son; and you shall call his name Jesus, for He will save His people from their sins.’  Now all this took place to fulfill what was spoken by the Lord through the prophet, ‘Behold the Virgin shall be with child and bear a Son, and they shall call His name Emmanuel, which translated is “God with us”’” (Matt 1:20-23).

While the Virginal birth is the miraculous proof that God is acting, the promise is that there is to be a child, a Son; a savior is going to be given. He will be “God with us.”

How does Jesus save us?  He suffers and dies on the Cross; He rises from the dead. But we can say that He begins to save us before that – even at His coming, His birth.

In early 1979, St. John Paul II published his first encyclical “Redemptor Hominis – The Redeemer of Man.”  Speaking about Christ’s work of redemption, the Pope surprised some people. Rather than speaking primarily of the Easter mystery, he spoke about Christmas, about Christ’s birth. He set the saving action of Christ, in the context of the Incarnation.  This, of course is not a new theology by any means, but a different emphasis.

So, let’s go back to our question: How does Jesus save us? And the answer is by “Being with us.” 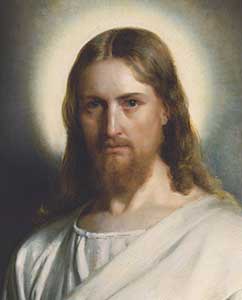 When Jesus became “God with us,” He began to show us what a human person was meant to be in God’s plan. In the Second Vatican Council’s Pastoral Constitution on the Church in the Modern World, Gaudium et Spes, we read, “The truth is that only in the mystery of the Incarnate Word does the mystery of man take on light” (G.S. #22). He reveals the mystery of man to himself, not only by His words, but by His very presence with us, by His faithfulness and obedience to the heavenly Father.

As human beings, we care about being together. A child can endure difficulty when Mom or Dad is there. When you and I die, who would we wish to hold our hand? God has set this in our nature. We find something real, meaningful, and life-giving just to be with each other.

Secondly, God saves us in the Incarnation by “restarting” humanity.

St. Paul says, that in Christ, “we are a New Creation” (2 Cor 5:17). He calls Christ the New Adam, who cancels out the wages of sin. Our Lord gives us new life in Baptism; He gives a fresh start through Confession and the forgiveness of our sins.

God saves us in His Incarnation in a third way. 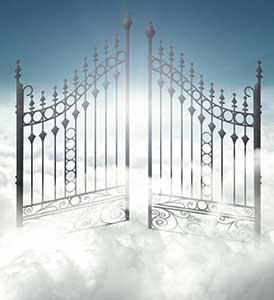 Again Gaudium et Spes, teaches, “For by His incarnation the Son of God has united Himself in some fashion with every man” (G.S #22). When Jesus Christ came among us, He united Himself to mankind.

We have learned in our catechism that, by His death and Resurrection, by His total obedience to the Will of God the Father, Jesus has opened the gates of Heaven; that had been closed to us by original sin.  This is correct. It is true.

But by first inviting us to have our life in Him, He not only makes it possible for us to follow Him to Heaven; in some way He carries us through the gates of death to eternal life.  It is He who holds our hand.

O Come, O Come Emmanuel: You are “God with us.”

December 17:  O Come, Thou Wisdom, from on high

December 18: O Come, O Come, Thou Lord of might

December 21:  O Come, Thou Dayspring from on high