Another intrinsic moral evil which seemingly is growing in acceptability in our society is euthanasia, “an action or omission which, of itself or by intention, causes death in order to eliminate suffering” (Catechism of the Catholic Church, No. 2277). Our thoroughly secularized society fails to understand the redemptive meaning of human suffering, while, at the same time, it views a human life burdened by advanced years, serious illness or special needs as unworthy and too burdensome to sustain. The secularist response contradicts totally the response of Christ – and the response of the Church throughout the Christian centuries – who treasures, above all, our brothers and sisters in most need and who is the sign of God’s merciful love to them.

It is important to distinguish euthanasia from: 1) the legitimate decision “to forgo … medical procedures which no longer correspond to the real situation of the patient, either because they are by now disproportionate to any expected results or because they impose an excessive burden on the patient and his family”; and 2) the legitimate decision to use “various types of painkillers and sedatives for relieving the patient’s pain when this involves risk of shortening life” (Evangelium vitae, No. 65b-c). Euthanasia, however, as Pope John Paul II confirmed, is a grave violation of the natural and divine law, “since it is the deliberate and morally unacceptable killing of a human person” (Evangelium vitae, No. 65d).

Another moral concern of our time touches both upon the inviolability of human life and upon the sanctity of marriage and the family, in which human life has its beginning and receives its first and most important education. The attempt to generate human life “without any connection with sexuality through ‘twin fission,’ cloning, or parthenogenesis” is a grave violation of the moral law (Congregation for the Doctrine of the Faith, “Instruction on Respect for Human Life in Its Origin and on the Dignity of Procreation: Replies to Certain Questions of the Day,” Donum vitae, Feb. 22, 1987, I, No. 6). Human cloning, for any reason, is “in opposition to the dignity both of human procreation and of the conjugal union” (Donum vitae, I, No. 6), inasmuch as it reduces procreation to a species of manufacture, and treats human life as a product of human artifice. So-called “reproductive cloning” is immoral on these grounds, as is what is euphemistically referred to as “therapeutic cloning.” The latter also involves the actual destruction of cloned human beings.

Another moral concern touching upon marriage and the family, which is of particular urgency in our time, is the legal recognition of a relationship between two persons of the same sex as a marriage. Such legal recognition of a same-sex relationship undermines the truth about marriage, revealed in the natural law and the Holy Scriptures, namely that it is an exclusive and lifelong union of one man and one woman, which of its very nature cooperates with God in the creation of new human life (Congregation for the Doctrine of the Faith, “Considerations Regarding Proposals to Give Legal Recognition to Unions Between Homosexual Persons,” July 31, 2003, Nos. 2-4). Likewise, the legal recognition of a homosexual relationship as marriage redounds to the grave harm of the individuals involved, for it sanctions and even encourages gravely immoral acts.

Among the many “social conditions” which the Catholic must take into account in voting, the above serious moral issues must be given the first consideration. The Catholic voter must seek, above every other consideration, to protect the common good by opposing these practices which attack its very foundations. Thus, in weighing all of the social conditions which pertain to the common good, we must safeguard, before all else, the good of human life and the good of marriage and the family.

Some Catholics have suggested that a candidate’s position on the death penalty and war are as important as his or her position on procured abortion and same-sex “marriage.” This, however, is not true. Procured abortion and homosexual acts are intrinsically evil, and, as such, can never be justified in any circumstance. Although war and capital punishment can rarely be justified, they are not intrinsically evil; neither practice includes the direct intention of killing innocent human beings. In some circumstances, self-defense and defense of the nation are not only rights, but responsibilities. Neither individuals nor governments can be denied the right of lawful defense in appropriate circumstances (Catechism of the Catholic Church, Nos. 2265 and 2309). While we must all work to eradicate the circumstances which could justify either practice, we must stop the killing of innocent unborn children and the practice of euthanasia, and safeguard marriage and the family now. One cannot justify a vote for a candidate who promotes intrinsically evil acts which erode the very foundation of the common good, such as abortion and same-sex “marriage,” by appealing to that same candidate’s opposition to war or capital punishment.

Some Catholics, too, have suggested that a candidate’s position on other issues involving human rights are as important as his or her position on the right to life. Pope John Paul II reminded us that, in order to defend all human rights, we must first defend the right to life: “The inviolability of the person which is a reflection of the absolute inviolability of God, finds its primary and fundamental expression in the inviolability of human life. Above all, the common outcry, which is justly made on behalf of human rights – for example, the right to health, to home, to work, to family, to culture – is false and illusory if the right to life, the most basic and fundamental right and the condition for all other personal rights, is not defended with maximum determination” (Pope John Paul II, Post-synodal Apostolic Exhortation Christi fideles laici, “On the Vocation and the Mission of the Lay Faithful in the Church and in the Modern World,” Dec. 30, 1988, No. 38b). In all of our considerations of candidates and their positions, the safeguarding of the inviolability of human life, in all stages of development, must be kept before our eyes. 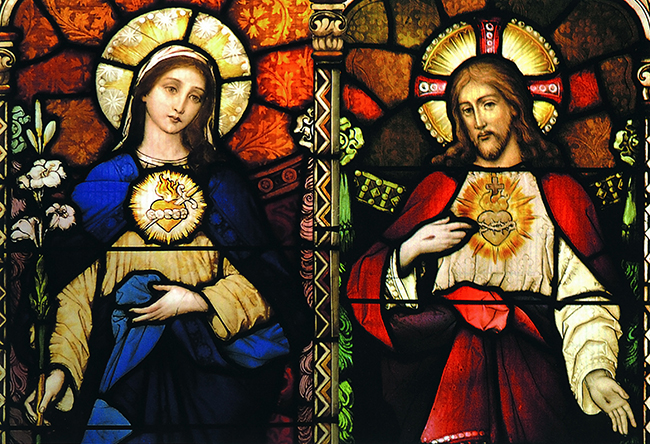