Continuity or Rupture - Catholic Action For Faith and Family

St Vincent of Lerins (died circa 445 AD), in a letter cited in the Church’s Office of Readings, (Friday of the 27th Week in Ordinary Times), asks and answers the question about whether there can be any “development of Religion in the Church.” Can there be what we might call a development of doctrine? Can the teaching of the Church change in any way?

St Vincent says Yes, “But it must truly be development of the faith, not alteration of the faith.” “Development,” the Saint writes, “means that each thing expands to be itself, while alteration means that a thing is changed from one thing to another.”

Perhaps one example of this authentic development would be the Holy Sacrifice of the Mass. At the Last Supper Jesus Christ gave Himself – His Body and Blood – to the Apostles. He told them, “Do this in memory of me,” and He consummated this complete gift of Himself in the Crucifixion and Death on Calvary, and in His Resurrection. 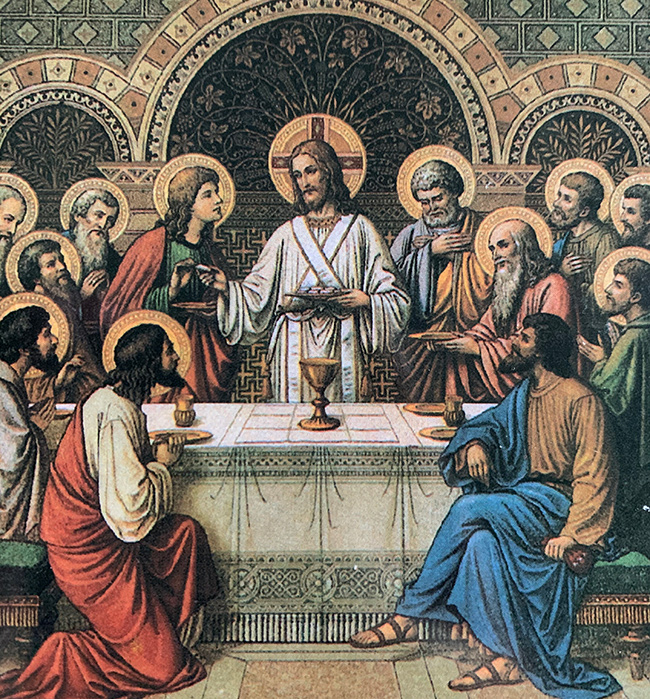 The Mass – as recorded in the acts of the Apostles, the New Testament Epistles, and the early apostolic writings of the Fathers of the Church - ‘developed’ to include readings from the Sacred Scriptures, and the Prayer of the Priest who says the very words of Christ, and what is called the ‘the Breaking of Bread,’ and distribution of the Holy Communion.

St Vincent uses an analogy of the growth of a person. “Though bodies develop … with the passing of years, they always remain what they were.” From “the flower of childhood” to the “maturity of age,” he writes, a person is the same.  We might use the example of our own hand. It grows and has a different appearance from childhood to adult, but it is the same person’s hand. I don’t think St Vincent knew modern fingerprint technology, but the fact that the fingerprints remain constant and unique only helps to support his analogy. 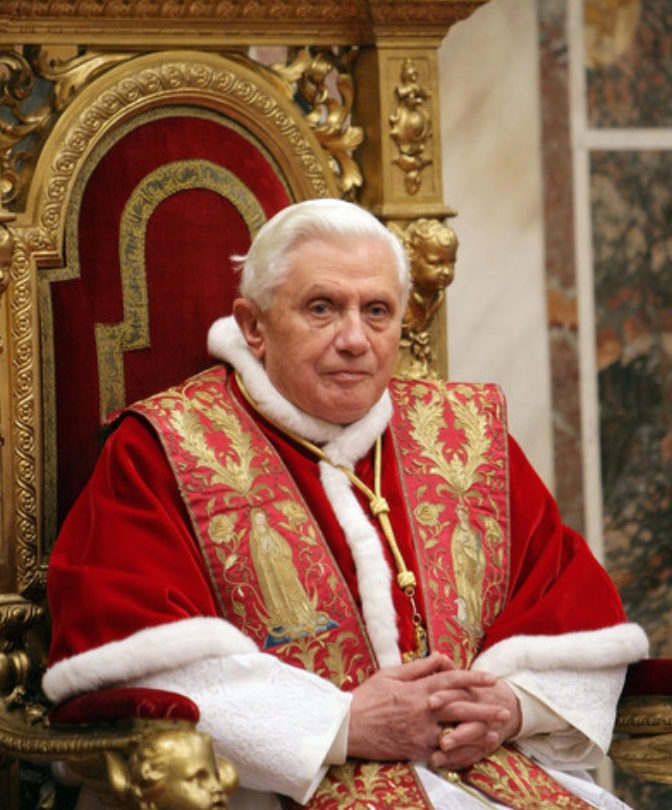 About 15 years ago, Pope Benedict XVI, in commenting on the changes in the Church since the Second Vatican Council, (Christmas Message to the Roman Curia, December 22, 2005, see below), used the terms: the “hermeneutic of continuity,” and the “hermeneutic of discontinuity or rupture.” Continuity with what has gone before is the hermeneutical or interpretive key for judging the validity of some modification in Church practice. Pope Benedict pointed out that, by some persons’ misinterpretation of the mandates of the Council, there occurred some division or rupture within the Church. They initiated an unwarranted break with the constancy of Church teaching and/or practice. 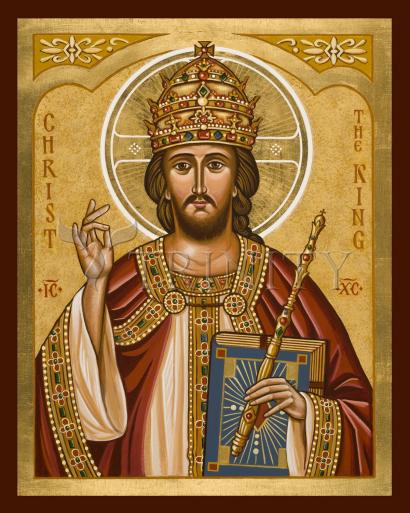 Our Lord Himself when referencing the Old Testament Law, said that He came, not to abolish the Law and the Prophets, but to bring them to fulfillment. (cf. Mt 5:17) So important is this continuity, that Our Lord goes on to say, “Whoever then annuls one of the least of these commandments, and teaches others to do the same, shall be called least in the kingdom of heaven; but whoever keeps and teaches them, he shall be called great in the kingdom of heaven.” (v. 19)

The recent Synod of Bishops for the Pan-Amazonian Region has received much attention. A synod is a kind of consultation within the Church. It is usually smaller in scope than a General Council.

Synods have often taken place in dioceses. The Bishop may call together representatives of his diocese to consult, in a public way, about certain matters of policy and priority within that local Church. 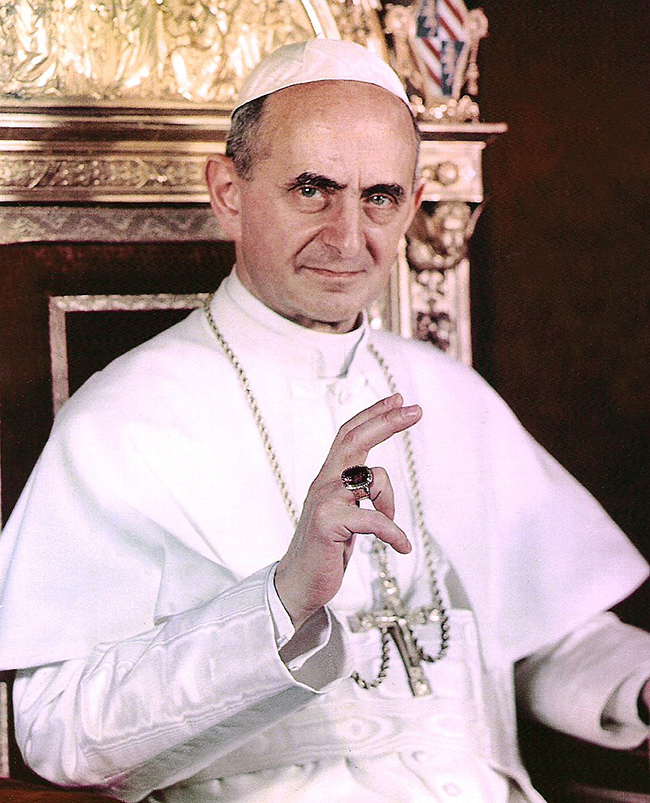 In 1965, shortly before the close of the Vatican Council II, St. Pope Paul VI issued “Apostolica Sollicitudo,” a motu proprio for establishing the Synod of Bishops for the Universal Church. He desired to have an instrument to hear from Bishops, who had also consulted their faithful about certain questions pertinent to the life of the Church. Toward the completion of these Synods, the participants make proposals to the Holy Father, who then writes and promulgates a Post-Synodal Apostolic Exhortation. There the Pope focuses on proposals that he judges to be worthy and helpful for the life of the Church. The Supreme Pontiff may adopt some of these recommendations for the whole Church. Others he may reject, or modify, or defer for more consideration.

The teaching of St Vincent and the insight of Pope Bendedict provide a meaningful context for evaluating the many and diverse opinions that some might propose within the forum of synodal consultation. They both seem to say that the hermeneutical or interpretive key for understanding and evaluating a proposal is whether or not it is in continuity with the teaching of Christ and the long Tradition of the Church. 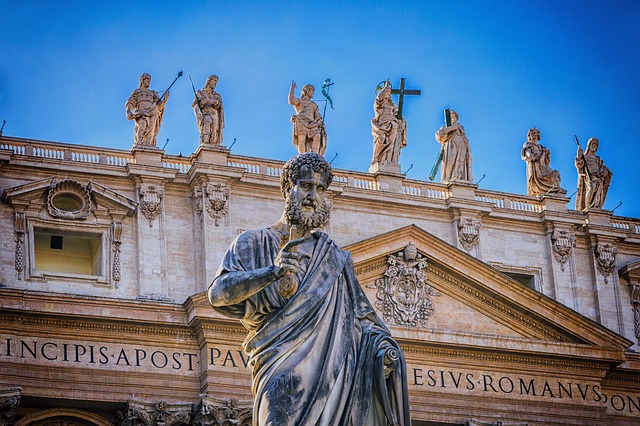 If a proposal is in discontinuity with the Church’s doctrine and constitutes a rupture or definitive change in what has been taught as the authentic magisterium, then it is likely an aberration, or a false teaching. The Pope as the President of the Synod, and as the Successor of Peter, would be obliged to clearly reject such proposals that would constitute a rupture in the Church’s constant teaching.

The burden of proof, on those who would propose something ‘new or novel,’ requires showing how this practice is indeed in continuity with the organic unity and truth of the Gospel. 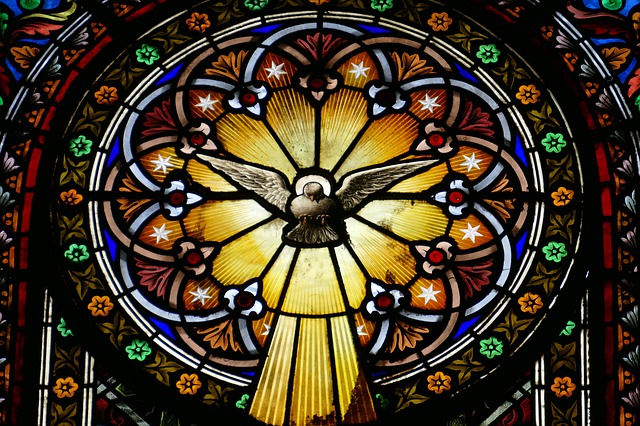 Let us continue to pray that God the Holy Spirit will guard and guide the Church in a time when the pressures of the modern culture would tend toward watering down or undermining the deposit of the truth entrusted to the Catholic Church. 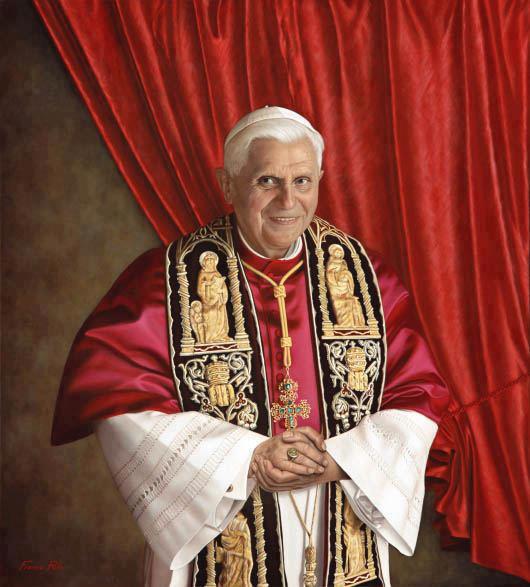 “I wish to reflect here on the celebration of the conclusion of the Second Vatican Council 40 years ago. This memory prompts the question: What has been the result of the Council? Was it well received? What, in the acceptance of the Council, was good and what was inadequate or mistaken? What still remains to be done?

No one can deny that in vast areas of the Church the implementation of the Council has been somewhat difficult, even without wishing to apply to what occurred in these years the description that St Basil, the great Doctor of the Church, made of the Church's situation after the Council of Nicea:  he compares her situation to a naval battle in the darkness of the storm, saying among other things:  "The raucous shouting of those who through disagreement rise up against one another, the incomprehensible chatter, the confused din of uninterrupted clamouring, has now filled almost the whole of the Church, falsifying through excess or failure the right doctrine of the faith..." (De Spiritu Sancto, XXX, 77; PG 32, 213 A; SCh 17 ff., p. 524).”

“We do not want to apply precisely this dramatic description to the situation of the post-conciliar period, yet something from all that occurred is nevertheless reflected in it. The question arises:  Why has the implementation of the Council, in large parts of the Church, thus far been so difficult?

“Well, it all depends on the correct interpretation of the Council or - as we would say today - on its proper hermeneutics, the correct key to its interpretation and application. The problems in its implementation arose from the fact that two contrary hermeneutics came face to face and quarreled with each other. One caused confusion, the other, silently but more and more visibly, bore and is bearing fruit.

“On the one hand, there is an interpretation that I would call ‘a hermeneutic of discontinuity and rupture’; it has frequently availed itself of the sympathies of the mass media, and also one trend of modern theology. On the other, there is the ‘hermeneutic of reform,’ of renewal in the continuity of the one subject-Church which the Lord has given to us. She is a subject which increases in time and develops, yet always remaining the same, the one subject of the journeying People of God.

“The hermeneutic of discontinuity risks ending in a split between the pre-conciliar Church and the post-conciliar Church. It asserts that the texts of the Council as such do not yet express the true spirit of the Council. It claims that they are the result of compromises in which, to reach unanimity, it was found necessary to keep and reconfirm many old things that are now pointless. However, the true spirit of the Council is not to be found in these compromises but instead in the impulses toward the new that are contained in the texts.

“These innovations alone were supposed to represent the true spirit of the Council, and starting from and in conformity with them, it would be possible to move ahead. Precisely because the texts would only imperfectly reflect the true spirit of the Council and its newness, it would be necessary to go courageously beyond the texts and make room for the newness in which the Council's deepest intention would be expressed, even if it were still vague.

“In a word:  it would be necessary not to follow the texts of the Council but its spirit. In this way, obviously, a vast margin was left open for the question on how this spirit should subsequently be defined and room was consequently made for every whim.

“The nature of a Council as such is therefore basically misunderstood. In this way, it is considered as a sort of constituent that eliminates an old constitution and creates a new one. However, the Constituent Assembly needs a mandator and then confirmation by the mandator, in other words, the people the constitution must serve. The Fathers had no such mandate and no one had ever given them one; nor could anyone have given them one because the essential constitution of the Church comes from the Lord and was given to us so that we might attain eternal life and, starting from this perspective, be able to illuminate life in time and time itself.

“Through the Sacrament they have received, Bishops are stewards of the Lord's gift. They are "stewards of the mysteries of God" (I Cor 4: 1); as such, they must be found to be "faithful" and "wise" (cf. Lk 12: 41-48). This requires them to administer the Lord's gift in the right way, so that it is not left concealed in some hiding place but bears fruit, and the Lord may end by saying to the administrator:  "Since you were dependable in a small matter I will put you in charge of larger affairs" (cf. Mt 25: 14-30; Lk 19: 11-27). …

…  Here I shall cite only John XXIII's well-known words, which unequivocally express this hermeneutic when he says that the Council wishes "to transmit the doctrine, pure and integral, without any attenuation or distortion". And he continues:  "Our duty is not only to guard this precious treasure, as if we were concerned only with antiquity, but to dedicate ourselves with an earnest will and without fear to that work which our era demands of us...". It is necessary that "adherence to all the teaching of the Church in its entirety and preciseness..." be presented in "faithful and perfect conformity to the authentic doctrine, which, however, should be studied and expounded through the methods of research and through the literary forms of modern thought. The substance of the ancient doctrine of the deposit of faith is one thing, and the way in which it is presented is another...", retaining the same meaning and message (The Documents of Vatican II, Walter M. Abbott, S.J., p. 715).“