Conservation of Life - Catholic Action For Faith and Family

Some years ago, Pope Benedict XVI surprised some people when he spoke about our responsibility to be conscientious stewards of creation. Addressing Italian students in 2011, the “conservative” Pope called on them to become ‘guardians of nature’ and follow in the footsteps of St. Francis of Assisi, patron saint of ecology. It should not shock us to think that those we might call “conservatives” are determined to conserve the goods entrusted to mankind.

Necessarily, Pope Benedict linked this mandate to care for the world with the solemn obligation to respect life, particularly human life. “Today more than ever, it has becomes clear that respect for the environment cannot forget the recognition of the value of the human person and its inviolability at every stage and in every condition of life,” he said.

After Pope St John Paul II issued his monumental encyclical Evangelium Vitae on the Gospel of Life, (March 25, 1995), the United States bishops published a helpful application of these principles.  In Living the Gospel of Life: A Challenge to American Catholics, (1998) the bishops used the analogy of the structure of a house to delineate the priorities of the issues of conservation and preservation of the goods of creation. 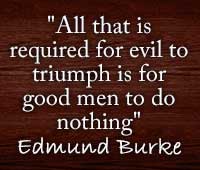 “Any politics of human dignity must seriously address issues of racism, poverty, hunger, employment, education, housing, and health care. ….  But being 'right' in such matters can never excuse a wrong choice regarding direct attacks on innocent human life.   …  If we understand the human person as the ‘temple of the Holy Spirit’ -- the living house of God -- then these [first mentioned]  issues fall logically into place as the crossbeams and walls of that house.  All direct attacks on innocent human life, such as abortion and euthanasia, strike at the house's foundation.   These [abortion and euthanasia] directly and immediately violate the human person's most fundamental right --  the right to life.  Neglect of these issues is the equivalent of building our house on sand.” (Living the Gospel of Life, no. 22)

While the various issues of the stewardship of the environment, the care of the poor, and the crime of racism are linked in a continuum which obliges charity, the protection of innocent human life – particularly in its most vulnerable moments, at its beginning and end - constitute the ground floor in the construction of a civilization of life and love.

If we are silent about the need to protect human life from its first moments we err, we fail. If we have allowed our self to support such atrocities, or allow them in the name of a social pluralism or a phony sense of civility, then we risk the very loss of our souls.

Announcing the “Gospel of Life” is a compelling work of evangelization. We cannot be silent. 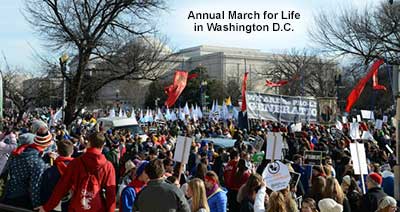 “Among all the crimes which can be committed against life, procured abortion has characteristics making it particularly serious and deplorable. The Second Vatican Council [Gaudium et Spes, no 51] defines abortion, together with infanticide, as an "unspeakable crime".  Pope St John Paul II , Evangelium Vitae, No. 58

“In the proclamation of this Gospel [of Life], we must not fear hostility or unpopularity, and we must refuse any compromise or ambiguity which might conform us to the world's way of thinking (cf. Rom 12:2). Pope St John Paul II,  Evangelium Vitae, no. 82

“A society will be judged on the basis of how it treats its weakest members; and among the most vulnerable are surely the unborn and the dying.” Pope St John Paul II, Address to the New Ambassador of New Zealand to the Holy See, May 25, 2000

“America you are beautiful . . . and blessed . . . . The ultimate test of your greatness is the way you treat every human being, but especially the weakest and most defenseless. If you want equal justice for all and true freedom and lasting peace, then America, defend life.”  Pope St John Paul II, Departure Ceremony at the Detroit Airport on 19 September, 1987

"What is taking place in America is a war against the child. And if we accept that the mother can kill her own child, how can we tell other people not to kill one another." "It is a poverty to decide that a child must die so that you may live as you wish."  St. Mother Theresa of Calcutta, February 1997 - National Prayer Breakfast in Washington 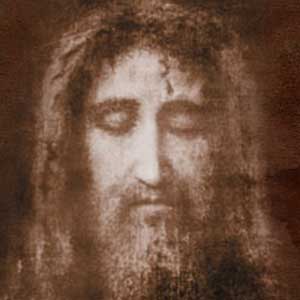 “Every child who, rather than being born, is condemned unjustly to being aborted, bears the face of Jesus Christ, bears the face of the Lord, who even before he was born, and then just after birth, experienced the world’s rejection. And every elderly person … even if he is ill or at the end of his days, bears the face of Christ. They cannot be discarded, as the ‘culture of waste’ suggests!”  Pope Francis, Speech to Catholic Health care Professionals, September 20, 2013.