On October 6th and 7th, nearly 700 participants descended on Dallas, Texas to attend the 2017 Fatima Centennial Summit organized by Catholic Action for Faith and Family. The two day program was both spiritual and informative and was presided over by Cardinal Raymond Burke. An impressive lineup of nationally renowned speakers addressed a myriad of topics related to the Fatima message. Catholic laity, clergy, religious and a host of seminarians enthusiastically participated.

The Summit opened Friday afternoon at St. Monica’s Catholic Church. Thomas McKenna, Catholic Action’s president, welcomed the faithful and invited them to begin the Summit with a night of oratory and prayer. Fr. John Anthony Broughton CFR, the General Vicar of the Franciscan Friars of the Renewal, recapped the Fatima story recalling what primarily Our Lady of Fatima had asked for: prayer, penance and conversion. His exhortation preceded the Votive Mass of the Sacred Heart of Jesus celebrated by Cardinal Burke. Holy Mass was followed by a solemn Rosary procession around the church headed by the world famous International Pilgrim Virgin statue which was present for the two days. One hundred years after the Queen of Heaven brought her message of hope, faithful Catholics gathered to reflect and ask honestly of themselves, “Where do we as individuals and the world stand in fulfilling Our Lady’s request for spiritual conversion?” 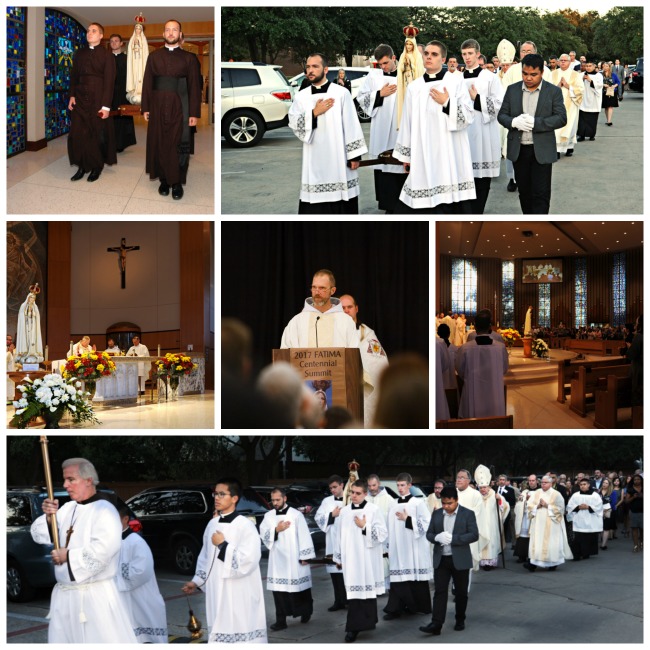 Saturday, October 7th, Feast of the Holy Rosary, commenced at the Irving Convention Center with a sung Mass celebrated by His Eminence Raymond Cardinal Burke. In concert with Our Lady’s request, the Mass served as the first component of the First Saturday devotion observed by all participants. Priests provided confessions throughout the day. The Summit Conference schedule ended with 15 minutes of meditation on the mysteries of the Holy Rosary before the Pilgrim Statue. Everyone fulfilled their First Saturday’s devotions with confession, Holy Communion and recitation of the Holy Rosary lead by Cardinal Burke. 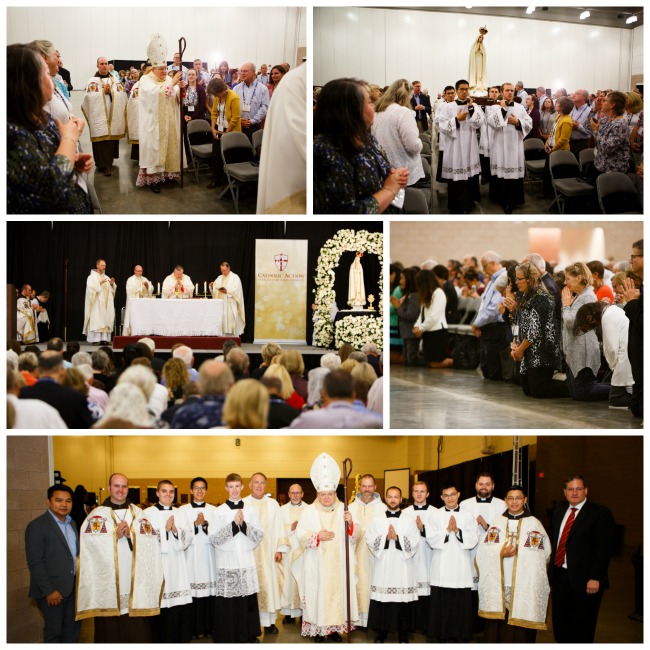 “We called it a Summit to signal to the invitees that it is a gathering for spiritual reflection regarding the Blessed Mother’s prophetic message given at Fatima in 1917. The lectures were specifically tailored that way,” stated, Thomas McKenna. “I believe this is why we had such a resounding success. The Summit was the largest Fatima centennial gathering in the United States this year. I’m just thankful to the Blessed Mother. She made this happen,” he continued.

No doubt the Summit’s solemn and orthodox tone was set by having a faithful Prince of the Church presiding. Cardinal Burke not only celebrated Mass, he joined the participants in the front row to listen to all the presenters. Many seminarians attending the conference received copies of Cardinal Burke’s book on the Holy Eucharist as well as his blessing. 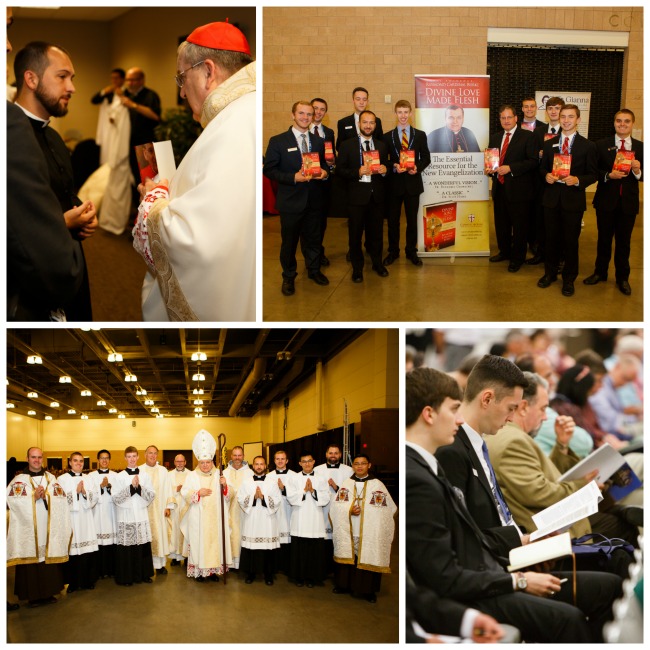 Cardinal Burke also took time to sign books for those who asked. Ever the pastor tending to his flock, as the keynote speaker at the closing banquet he minced no words in warning how the shadow of apostasy and heresy are darkening the doors of the Church. He exhorted all to have hope and pray for those leading the Church. 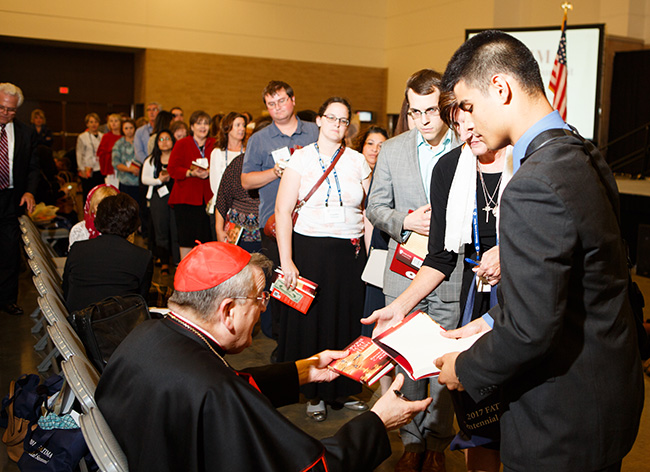 The launching of Thomas McKenna’s just released book entitled The Fatima Century: How the Pilgrim Virgin is Changing Our Generation, highlighted the day. Journaling his more than thirty-five years accompanying the International Pilgrim Virgin Statue across America and around the world, McKenna’s book explains the origins of the statue, the history of the great Marian apostle John Haffert who commissioned it, and the many stories he personally witnessed of spiritual conversion or solace brought to struggling souls. McKenna ties the message of Fatima to the mission of the Fatima Statue in a unique way to allow any reader, even of a different faith, to understand that Mary is truly a Mother to all individuals and the world seeking true peace. The book includes pictures of the statue in different countries beginning in 1947. McKenna gave a copy of The Fatima Century to each Fatima Summit participant and also took time to sign copies of the book. 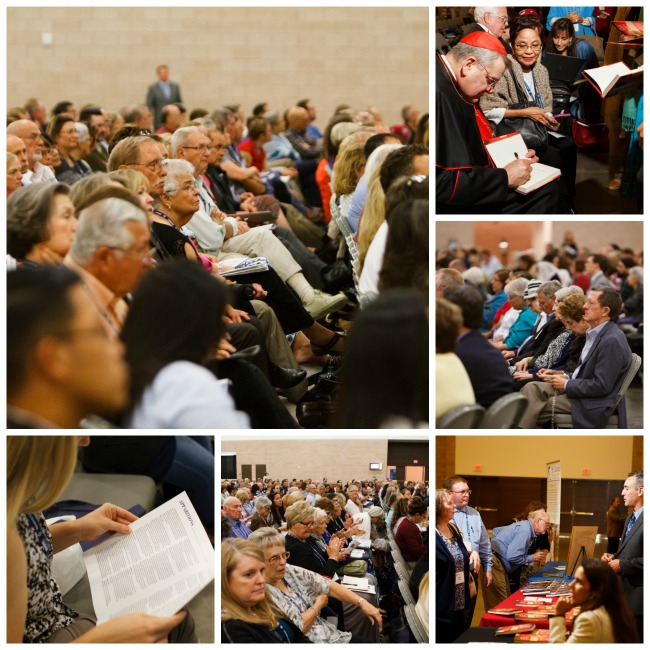 Representing Catholic Action in their individual realms, the lineup of speakers during the day was inspiring. Serving as emcee of the day, David Palmer, host of a popular program on the Guadalupe Radio Network, introduced each speaker and kept the day on track. EWTN’s famed-host of Web of Faith, Fr. John Trigilio addressed the Crisis in the Priesthood through the lens of the Fatima message. David Carollo, Executive Director of the World Apostolate of Fatima, also known as the Blue Army, correlated Our Lady of Fatima’s requests as a victory strategy for the 21st century. Dick Lyles, CEO of Origin Entertainment, gave a sneak preview of the trailer for his company’s Hollywood feature film to be released next year on Fatima. This is certain to be another success in spreading Our Lady’s message a hundred years after. Karl Keating, founder of Catholic Answers and author of the apologetics text Catholicism and Fundamentalism also spoke on Our Lady and reaching out to non-Catholics. John-Henry Westen co-founder and editor-in-chief at LifeSiteNews spoke on “modern culture on a highway to hell.” 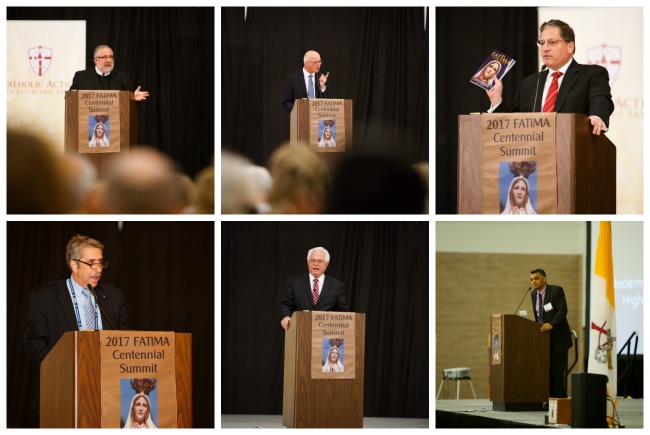 After a full day of spiritual nourishment, participants transitioned to a cocktail reception to get to know one another.

From there, the evening moved to the grand dining room for a gala banquet. The Pilgrim Virgin Statue presided over the dinner. Her presence even moved the wait staff who prayed before her just before starting their dinner service. As a special keepsake, Cardinal Burke provided to each and every participant a blessed rosary including his ecclesiastical coat of arms that was placed at each table setting. 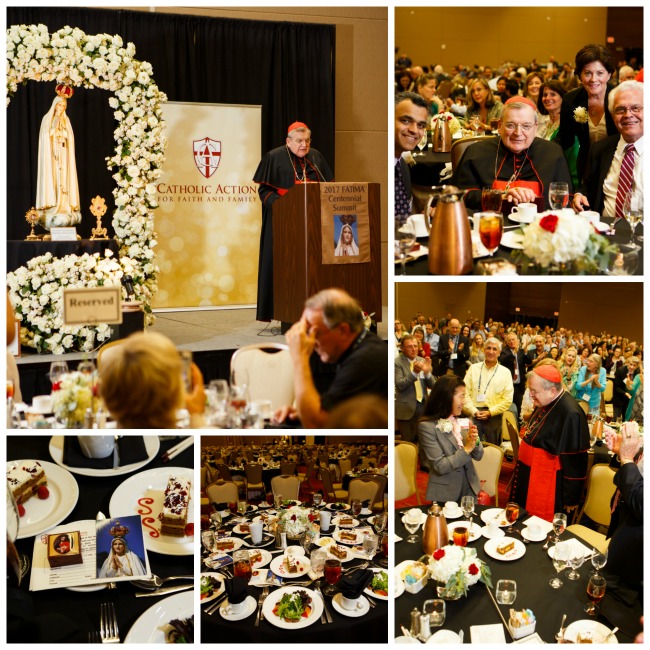 All in all, the 2017 Fatima Centennial Summit highlighted the need to fulfill Our Lady’s Fatima message and her request for prayer (especially the Rosary), penance and conversion now more than ever. As the Angel of Peace asked the three children, “What are you doing?” so also the angels ask each of us in the depths of our souls, “What are you doing to practice and to promote the message of Our Lady of Fatima in your life?”

We would especially like to thank the Host Committee, the speakers and all of the volunteers who worked tirelessly to help make the 2017 Fatima Centennial Summit a resounding success! 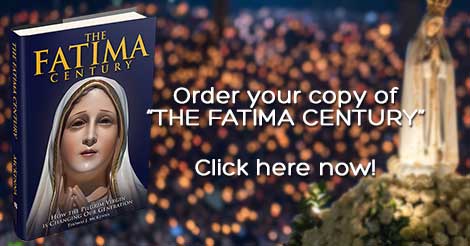