The Wood of the Cross - Catholic Action For Faith and Family

I remember going to Washington D.C. for the first time many years ago. 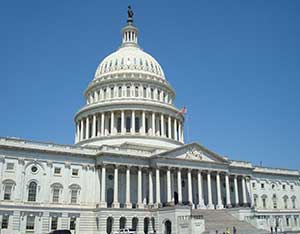 We traveled by bus to participate in the annual January March for Life. It was in the morning that we came into the Capitol vicinities and I could see the Washington Monument. During the next days we would see – at least at a distance - the White House, the Jefferson Memorial  and the U.S. Capitol. I had seen pictures of these sites in books and on television, but it was striking to see them “in person” the first time.

I have often wondered what it must have been like for Jesus Christ to see the Cross for the first time. Of course, I am thinking like a human being; He is God. But Our Lord had spoken about the Cross many times. He had told His apostles precisely what would happen to Him; that He would be crucified. And I imagine to myself what it would be like for Him to leave Pontius Pilate and to be taken to that spot where He would first view the Wood to be placed on His shoulders; the Wood to which, in a short time, he would be nailed.

For us as followers of Christ, the Cross has a central importance. As Catholics we view the image of the crucified Christ in all our churches; in our homes, schools, and hospitals. We often start and finish our prayers and many of our daily tasks by “signing” ourselves with that image of execution:  In the Name of the Father, and of the Son, and of the Holy Spirit. 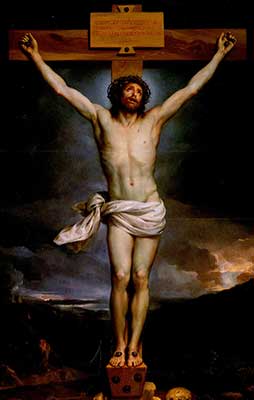 In one parish a pastor was newly assigned to a parish. In the church there was, on the wall behind the altar, a cross with a rather modern image of the risen Christ. After a year or so he received a significant donation and replaced the resurrection image with a traditional crucifix. He suitably explained his decision to the parish. I recall the protest of one parishioner-friend who was outraged. “As Catholics, we are the Church of the risen Jesus,” she insisted.  While this is not false, I think the decision of the pastor to place before us the Crucified Savior an appropriate one. The Holy Sacrifice of the Mass makes present, in an unbloody manner, the sacrifice of Calvary

Even though it is difficult to explain exactly why, Catholic Tradition puts Christ’s Cross constantly before our eyes (though not neglecting or denying in any way the promise and hope of the resurrection.) The Cross is the “way” for us.

In one of his retreats, St. Peter Julian Eymard says, “We cannot rise from the dead on our own; we can, rather, take the Cross.” Our Lord teaches, “If anyone wishes to come after Me, he must deny himself, and take up his cross and follow Me.” (Mt 16:24; also Lk 9:23; Mk 8:34) The Cross is the necessary path for us. It is through the Cross that we can hope to see and share in the resurrection.

On Good Friday the Crucifix is carried into the church; or it is unveiled, while the celebrant sings, “Behold the Wood of the Cross on which has hung the Savior of the world.” The faithful are invited to venerate it with a kiss or a genuflection, a bow, or some other sign of devotion. This Cross is how God chose to save us. “God so loved the world that he gave His only Son.” (Jn 3:16).  We adore Thee, O Christ, and we bless Thee, because by Thy holy Cross, Thou hast redeemed the world.

From the Meditation on the Fourth Sorrowful Mystery, The Carrying of the Cross.
By St Josemaria Escriva. 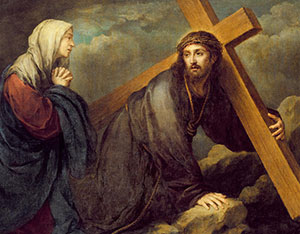 “See how lovingly [Our Lord Jesus] embraces the Cross. Learn from Him. Jesus carries the Cross for you:  You … carry it for Jesus.

“But don’t drag the cross … Carry it squarely on your shoulder, because your cross, if you carry it so, will not be just any cross … It will be the Holy Cross. Don’t carry your cross with resignation: resignation is not a generous word. Love the cross. When you really love it, your cross will be … a Cross without a cross.”