“The world will little note, nor long remember what we say here, but it can never forget what they did here. It is for us the living, rather, to be dedicated here to the unfinished work which they who fought here have thus far so nobly advanced. It is rather for us to be here dedicated to the great task remaining before us -- that from these honored dead we take increased devotion to that cause for which they gave the last full measure of devotion … “ (A. Lincoln. Gettysburg Address, November 19, 1863) 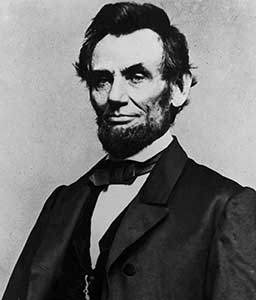 God created human persons with a reason and free will. With the light of reason, and with the assistance of Faith, we see and know the truth. By freedom we seek to live in accord with that truth, and even to die in its defense.

This freedom is a wonderful gift, but for us to enjoy its benefits intended by God, He also gave us a law; he implanted His Divine law in our hearts, so that we could know the truth and, knowing the truth, “the truth shall set you free.” (Jn 8:32)

Authentic freedom is tied inseparably to the truth. In the experience of human freedom, we can make wrong decisions. Man’s freedom is limited and fallible. Man freely sinned. St Paul affirms that we can become slaves of sin, by succumbing habitually to destructive choices. Captive to our vices, we begin to lose our freedom.

Freedom is not license. “The exercise of freedom does not imply a right to say or do anything. … By deviating from the moral law man violates his own freedom, becomes imprisoned within himself, disrupts neighborly fellowship, and rebels against Divine Truth."(Catechism of the Catholic Church, no. 1740)

One great principle on which our free society rests is the supposition that the members are endowed with inalienable rights. If the dignity, value, and rights of individuals were conferred by the state, they could be removed by human power, and the way would be open to tyranny. In an essay on Truth and Freedom in the Writings of John Paul II, the late Cardinal Avery Dulles wrote, “As the authors of our Declaration of Independence recognized, the Creator Himself has given human beings an inalienable right to life, liberty, and the pursuit of happiness, though of course the exercise of these rights has to be regulated with regard to the common good.” (First Things, August, 1995) 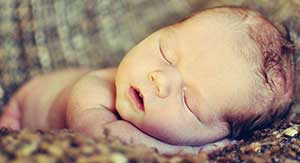 When we, as individuals or as a society, forget these lasting and objective truths, then the justification for our “free” actions becomes subjective. If I do not believe in the inalienable – God-given – right to life, then I justify my freedom to abort the child. If I fail to regard human dignity and the right to liberty, I can subject another man to slavery. 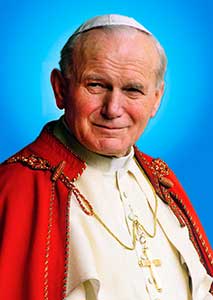 The saintly Pope John Paul II, in his encyclical Veritatis Splendor, (The Splendor of Truth, August 6, 1993), offered wisdom and insight into the connection between truth and freedom.  He acknowledged the relativism and subjectivity – and ultimately the loss of true freedom – that arise from a sense of conscience which loses its footing. “Once the idea of a universal truth … is lost, inevitably the notion of conscience also changes. Conscience is no longer considered in its primordial reality as an act of a person's intelligence, the function of which is to apply the universal knowledge of the good in a specific situation and thus to express a judgment about the right conduct. … Instead, there is a tendency to grant to the individual conscience the prerogative of independently determining the criteria of good and evil and then acting accordingly.  (V.S. no. 32)

In this scenario, St John Paul, indicates how the vital process of basing my conscience on “universal knowledge,” and the application of revealed principles of the moral law, yields to what the Pope calls, “a criterion of sincerity, authenticity and ‘being at peace with oneself,’ so much so that some have come to adopt a radically subjectivistic conception of moral judgment.” (V.S. Ibid)

St Paul often used feisty words in his writings to the Galatians. (“You foolish Galatians, who has bewitched you?” Gal 3:1) He does not allow them to be content with feelings of “being at peace with oneself,” a sentiment that ironically has been chosen by some today as the ultimate criterion in a new, and false, paradigm for moral decision making.

Rather, Paul tells us, “It is for freedom that Christ set us free! So stand firm and do not submit again to the yoke of slavery.” (Gal 5:1)

“Freedom is not the power of doing what we like, but the power of being able to do what we ought.” (Lord Acton, 19th Century British Catholic Historian, writer and Philosopher)

“Authentic democracy is possible only on the basis of a rule of law and a correct conception of the human person. If there is no ultimate truth to guide and direct political activity, then ideas and convictions can easily be manipulated for reasons of power . . . . In a world without truth, freedom loses its foundation and man is exposed to the violence of passion and to manipulation, both open and hidden.” (Pope JP II  Centesimus Annus no. 46)

“Christ reveals, first and foremost, that the frank and open acceptance of truth is the condition for authentic freedom: ‘You will know the truth, and the truth will set you free.’ (Jn 8:32). This is truth which sets one free in the face of worldly power and which gives the strength to endure martyrdom. So it was with Jesus before Pilate: ‘For this I was born, and for this I have come into the world, to bear witness to the truth.’ (Jn 18:37). The true worshippers of God must thus worship him ‘in spirit and truth’ (Jn4:23): in this worship they become free. Worship of God and a relationship with truth are revealed in Jesus Christ as the deepest foundation of freedom.”  (Pope JP II  Veritatis Splendor , no 87)

“Man is sometimes confronted by situations that make moral judgements less assured and decision difficult. But he must always seriously seek what is right and good and discern the will of God expressed in divine law.”  (CCC, no 1787)

“But even if we, or an angel from heaven, should preach to you a gospel contrary to what we have preached to you, he is to be accursed!” (Gal 1:8)