We must remember that Pope Saint John Paul II has been hailed as the great pope of mercy. Thus the then Cardinal Joseph Ratzinger, in the homily for the Funeral Mass of the holy Pontiff, declared: “He has interpreted for us the Paschal Mystery as a mystery of divine mercy.”[1] 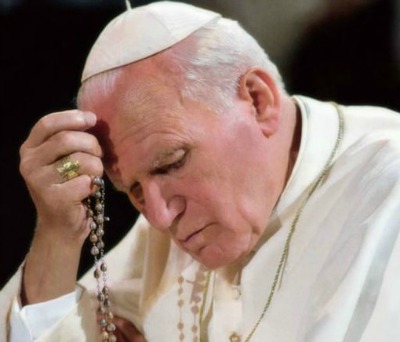 In his early life, he suffered greatly under the Nazi and Communist regimes, experiencing intensely the evils which sin can bring upon this world. Later, as the Roman Pontiff, he nearly died from a gunshot wound delivered by a would-be assassin. Nevertheless, Pope John Paul II continuously proclaimed mercy to the world, not least when he met with his assassin, Ali Agca, in his prison cell on December 27, 1983.

At the turn of the Third Christian Millennium, he recognized the heroic virtues of the modern apostle of mercy, Saint Faustina Kowalska. He beatified her on April 18, 1993, and canonized her a saint on April 30, 2000. He also instituted the Feast of Divine Mercy on the Second Sunday of Easter as a sign that Divine Mercy is a perennial and central part of Catholic Tradition. Even now from heaven, Saint John Paul II surely calls the Church to live the virtue of mercy.

His Encyclical letter, Dives in Misericordia (1980), helps us to grasp his essential message. I will now summarize the Church’s teaching as set forth in the Encyclical Letter. As God in the flesh, Christ reveals the Father’s love and mercy toward humankind. Jesus Christ, “in a certain sense, is mercy”[2]. In His preaching, Christ “demanded from people that they also should be guided in their lives by love and mercy. This requirement ... constitutes the heart of the Gospel ethos.”[3] This is summarized in Christ’s promise in the Beatitudes, the summary of His entire teaching: “Blessed are the merciful, for they shall obtain mercy.”[4]

The Old Testament reveals that, “although justice is an authentic virtue in man, and in God signifies transcendent perfection, nevertheless love is ‘greater’ than justice: greater in the sense that it is primary and fundamental.”[5] God’s interaction with Israel shows that love has a primacy and superiority over justice “precisely through mercy,” because God reveals that His heart is always ready to forgive the repentant sinner.[6] It follows that, “mercy differs from justice, but is not in opposition to it.”[7]

The powerful Parable of the Prodigal Son, related in the Gospel of Luke, illustrates the essence of divine mercy. Pope John Paul II comments on the perennial significance of the Parable: “That son, who receives from the father the portion of his inheritance that is due to him ... and squanders it in ‘loose living,’” is “the man of every period, beginning with the one who was the first to lose the inheritance of grace and original justice. ... The parable indirectly touches upon every breach of the covenant of love, every loss of grace, every sin.”[8] After experiencing the loss of material goods and friends, the prodigal son was able “to see himself and his actions in their full truth (this vision in truth is a genuine form of humility).”[9]

Once his son returned repentantly, the father embraced him in love and forgiveness, a sign of God the Father’s eternal love: “This love is able to reach down to every prodigal son, to every human misery, and above all to every form of moral misery, to sin.”[10] The parable thus expresses “the reality of conversion.”[11] Mercy is revealed to be a “creative proof of love which does not allow itself to be ‘conquered by evil,’ but overcomes ‘evil with good’.”[12] 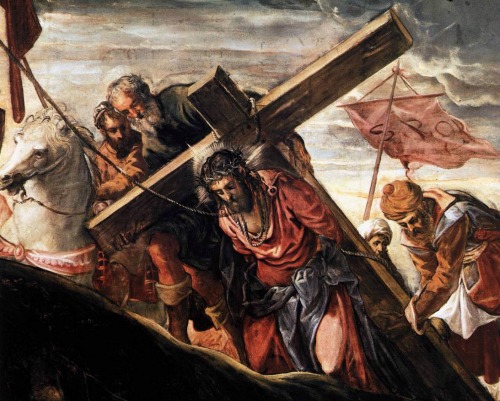 The mercy and justice of God are best revealed in the mystery of Christ’s redemptive suffering, death, and resurrection. “Indeed this Redemption is the ultimate and definitive revelation of the holiness of God, who is the absolute fullness of perfection: fullness of justice and of love, since justice is based on love, flows from it and tends towards it.”[13]

In Christ’s passion, absolute justice is expressed, for Christ undergoes the passion and cross because of the sins of humanity. This constitutes even a “superabundance” of justice, for the sins of man are “compensated for” by the sacrifice of the Man-God. Nevertheless, this justice, which is properly justice "to God's measure," springs completely from love: from the love of the Father and of the Son, and completely bears fruit in love. Precisely for this reason the divine justice revealed in the cross of Christ is “to God’s measure,” because it springs from love and is accomplished in love, producing fruits of salvation.[14]

Precisely because of this, “redemption involves the revelation of mercy in its fullness,”[15] for divine mercy “is able to justify man, to restore justice in the sense of that salvific order which God willed from the beginning in man and, through man, in the world.”[16] 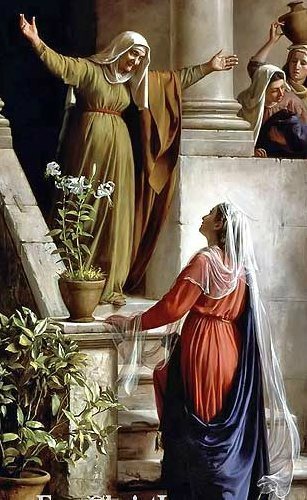 In her song, the Magnificat, Mary “glorified that mercy shared in 'from generation to generation' by those who allow themselves to be guided by the fear of God.”[17] The Mother of God is also the mother of Mercy and the model for the Church. The Church “professes and proclaims mercy – the most stupendous attribute of the Creator and of the Redeemer – when she brings people close to the sources of the Savior’s mercy, of which she is the trustee and dispenser.”[18] This is seen especially in the Sacrament of the Most Holy Eucharist and the Sacrament of Reconciliation or Confession.[19] In these Sacraments, believers encounter the Merciful Redeemer who offers us Himself: His grace which forgives and heals.

Because God’s mercy is infinite, “on the part of man only a lack of good will can limit it, a lack of readiness to be converted and to repent, in other words persistence in obstinacy, opposing grace and truth.”[20] This is why “in no passage of the Gospel message does forgiveness, or mercy as its source, mean indulgence towards evil, towards scandals, towards injury or insult.”[21]

Therefore, the Church rightly considers it her duty and the purpose of her mission to guard the authenticity of forgiveness, both in life and behavior and in educational and pastoral work. She protects it simply by guarding its source, which is the mystery of the mercy of God Himself as revealed in Jesus Christ.[22]

Excerpt from address presented to the Catholic Evidence League on April 1, 2016, in Baltimore, Maryland