Delivery of Roses to St. Gianna - Catholic Action For Faith and Family

On Mother's Day, May 13th 2018, I had the blessing to be praying in Italy with the daughter of St. Gianna Molla. The Mother’s Day intentions sent by many devotees of St. Gianna and supporters of Catholic Action as well as members of Operation Storm Heaven were placed on the altar in St. Gianna’s family tomb during Holy Mass. 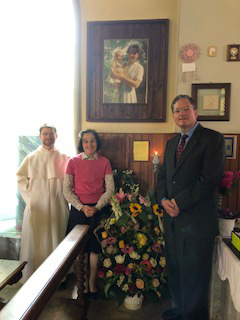 It was very blessed. A Dominican priest friend, Fr. Ezra Sullivan, came from Rome to celebrate Mass and pray with us at all of the places at St. Gianna’s shrine. St. Gianna’s daughter, Gianna Emanuela for whom St. Gianna sacrificed her life, accompanied us and prayed to her mother at all the sites. We were also joined by three sisters of the order of the Institute Servants of the Lord and the Virgin Mary of Matara who assist Gianna in her apostolate. 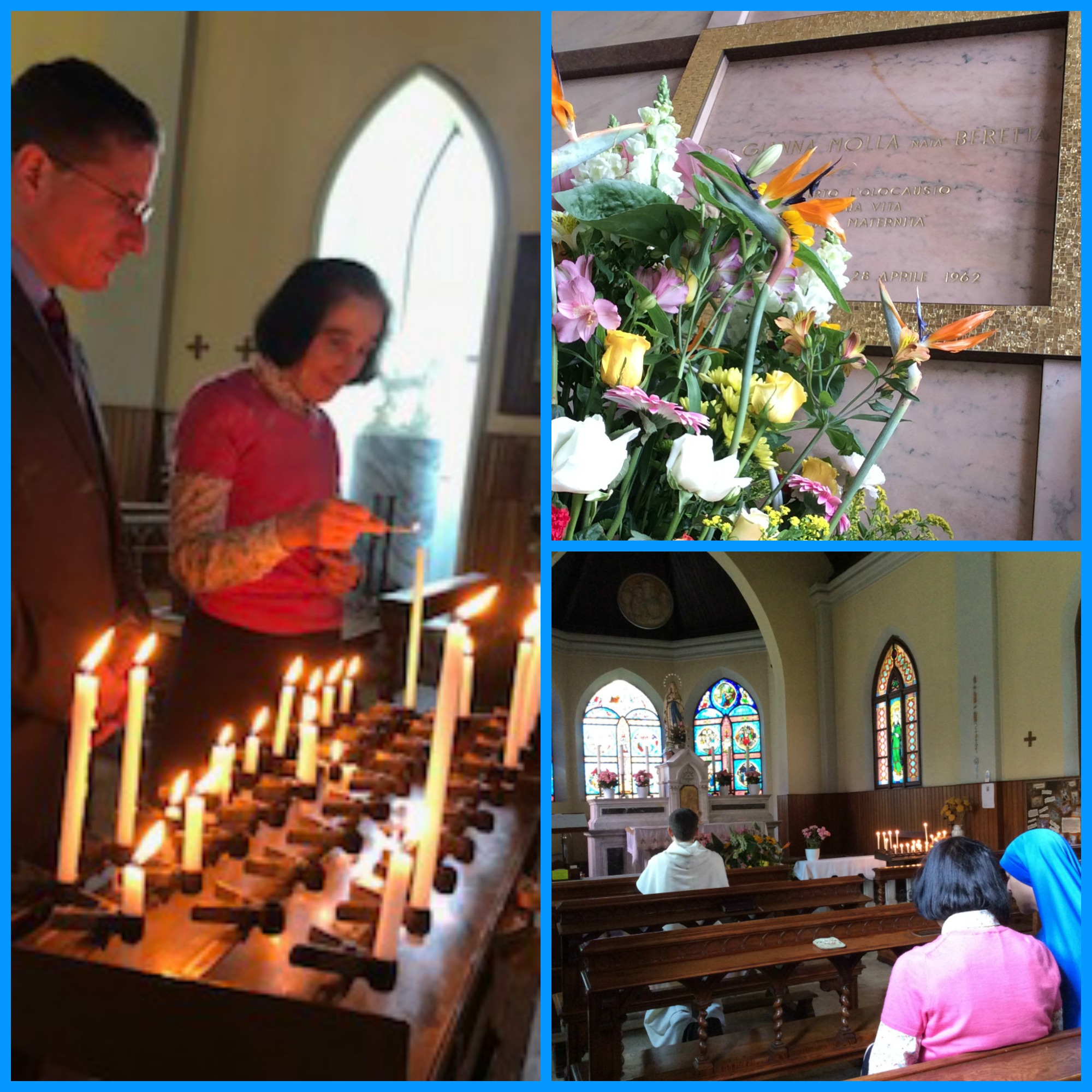 First we went to St. Gianna’s tomb which is in the family mausoleum in the small town of Mesero. We placed beautiful arrangements of flowers sponsored by the participants of the Mother’s Day prayer intentions. Mass was celebrated just a few feet from where St. Gianna is buried. Following Mass we all prayed additional prayers for all the members of Operation Storm Heaven and their intentions. 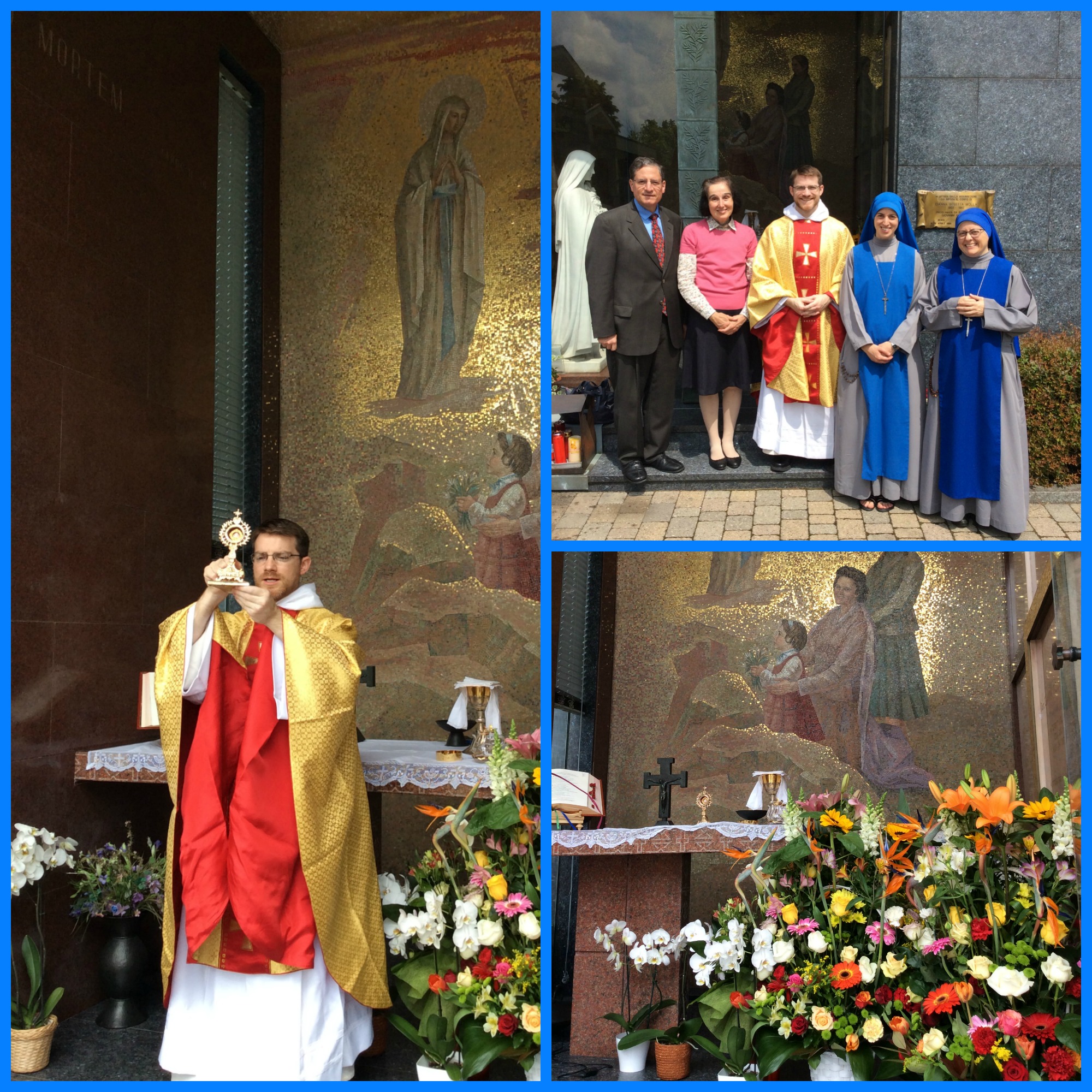 Fr. Ezra gives a blessing with a first class relic of St. Gianna that was on the altar during Mass.

From there we all went to the little chapel of Our Lady of Good Counsel which is next to the home where St. Gianna lived after marrying her husband Pietro. Here we placed flower arrangements before Our Lady and St. Gianna in honor of the Mothers for whom they were offered. We then prayed a rosary and Gianna Emanuela lit a votive candle for the many intentions offered by our supporters. 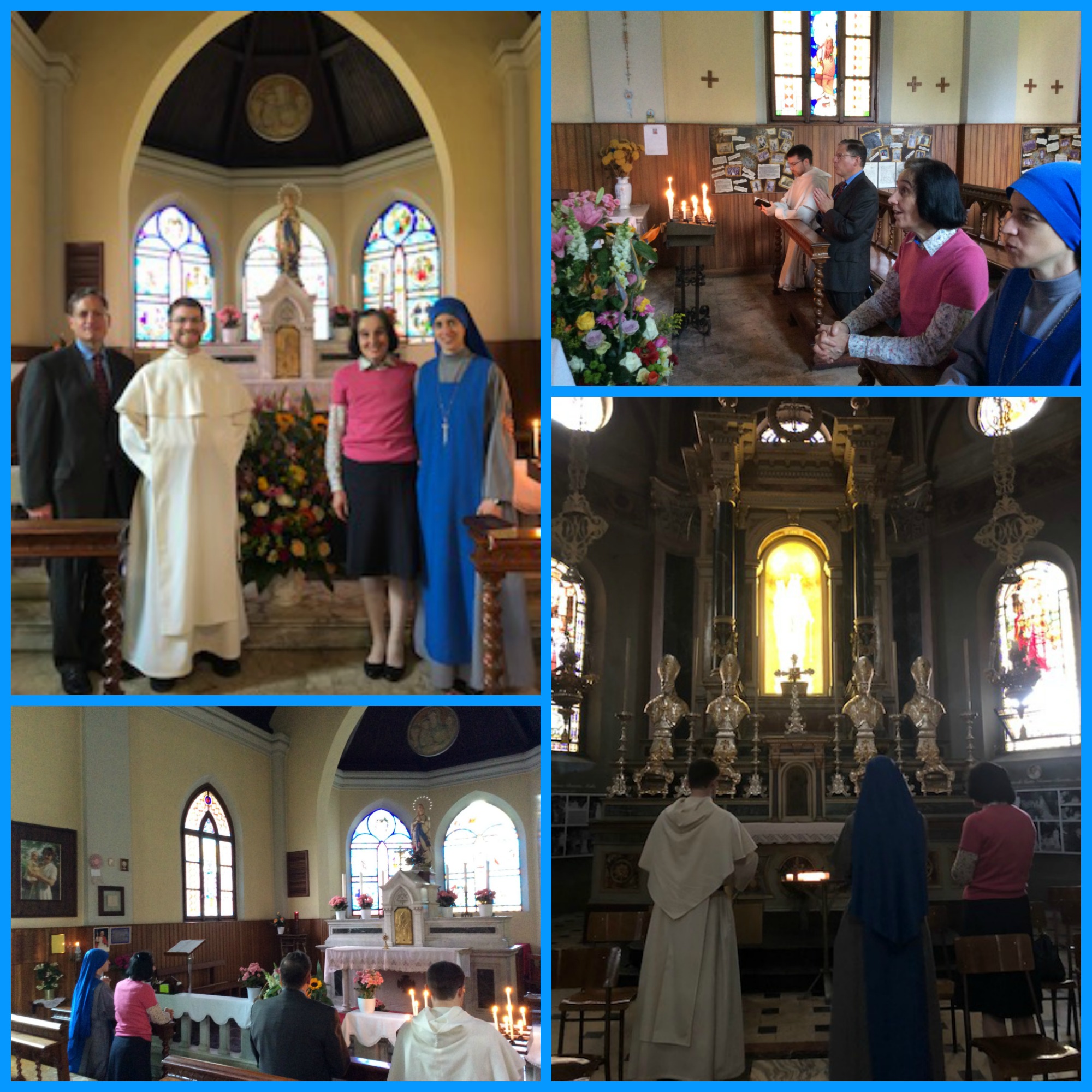 Later that day we visited the Basilica of St. Martin in Magenta where St. Gianna was baptized, received her first Holy Communion and was married. We knelt before the beautiful marble statue of Our Lady Help of Christians and Fr. Sullivan led us in prayer.

It was an inspiring day and we were all pleased to pray with the daughter of a saint to her own mother for all of the mothers for whom the flowers were offered.

May St. Gianna’s saintly example continue to inspire faithful around the world to follow in her footsteps.

To support Catholic Action and help us get from 100,000 to One Million Rosary Warriors, consider becoming a Faith Defender by clicking the banner below: