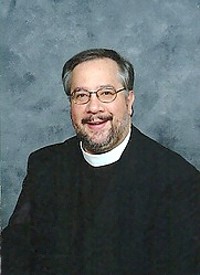 Q. Why should Catholics confess their sins to a priest?  What sins need to be confessed?

A. After Jesus rose from the dead on Easter Sunday, he appeared to the Apostles, breathed on them and said: “receive the Holy Spirit; whose sins you forgive, are forgiven them. Whose sins you retain, are retained.” (John 20:22-23) Had Jesus not wanted or intended his ordained ministers to absolve sins, why would he have said this in the Gospel? Confession has been practiced in the church from day one.

Pope St. Leo the Great in the middle of the fifth century said: “It is with regard to the reception of penance. An abuse has crept in which requires that the faithful write out their individual sins in a little book which is then to be read out loud to the public. All that is necessary, however, is for the sinner to manifest his conscience in a secret confession to the priests alone… It is sufficient, therefore, to have first offered one’s confession to God, and then also to the priest, who acts as an intercessor for the transgressions of the penitents.” 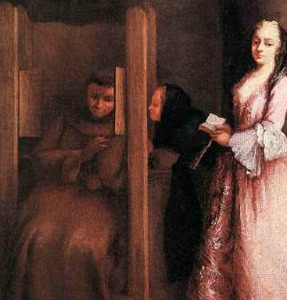 The Catechism explains:
During the first centuries the reconciliation of Christians who had committed particularly grave sins after their Baptism (for example, idolatry, murder, or adultery) was tied to a very rigorous discipline, according to which penitents had to do public penance for their sins, often for years, before receiving reconciliation. To this "order of penitents" (which concerned only certain grave sins), one was only rarely admitted and in certain regions only once in a lifetime. During the seventh century Irish missionaries, inspired by the Eastern monastic tradition, took to continental Europe the "private" practice of penance, which does not require public and prolonged completion of penitential works before reconciliation with the Church. From that time on, the sacrament has been performed in secret between penitent and priest. This new practice envisioned the possibility of repetition and so opened the way to a regular frequenting of this sacrament. It allowed the forgiveness of grave sins and venial sins to be integrated into one sacramental celebration. In its main lines this is the form of penance that the Church has practiced down to our day. (#1447) 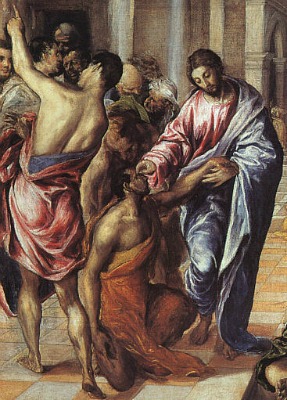 The person confessing their sins is not telling the priest as an individual person, rather, he or she is confessing TO Jesus THROUGH the priest. The sacrament of Holy Orders (ordination) makes a man an alter-Christus (other Christ) who has the divine power to absolve (forgive) sins in the name of Jesus as the priest acts IN PERSONA CHRISTI (in the Person of Christ). Hence, the priest says: “I absolve you from your sins, in the name of the Father, and of the Son and of the Holy Spirit, AMEN.” Note that the priest does not say “Jesus absolves you.” He uses the first person pronoun “I absolve you.” Likewise, at Mass, the priest takes bread and wine and says: “this is MY body” and “this is MY blood”.
The priest speaks AS IF Jesus himself were standing there saying the words. Christ is saying the words via the priest by virtue of Holy Orders.

Since the penitent is confessing his or her sins to Jesus through the priest, the priest is absolutely forbidden to reveal the identity of the person and cannot reveal the sins being confessed either. Furthermore, the priest cannot act upon anything he heard in the sacrament of penance. This secrecy or confidentiality is called the Seal of Confession. It is sacrosanct. No bishop or pope can make any priest reveal what he heard or from whom he heard it. He must be willing to die, be tortured or imprisoned rather than violate the seal. 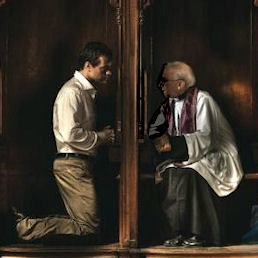 All mortal sins committed after Baptism and since the last valid confession must be confessed in the sacrament of penance before the next time the person receives Holy Communion or any other sacrament (Confirmation, Matrimony, Holy Orders). Venial sins may be confessed in addition to all mortal sins or if no mortal sins can be remembered. Any mortal sins innocently forgotten are also absolved. Only ones that are intentionally, deliberately and consciously withheld are not forgiven and the entire confession is rendered invalid.

Names of cooperators or conspirators in sins are not mentioned and the date, time and place are not given either. Place would only be pertinent if the sin occurred in sacred space (church, chapel, oratory, shrine, convent, sanctuary, etc.) which would make the sin more terrible. Precise number of times can be approximated, for example, “I lied several times” or “I missed Mass all last month” whereas certain sins, like adultery, abortion, etc., require more specifics like “I had two abortions” or “I cheated on my husband five times”. 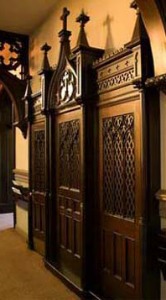 Mortal sins must meet three criteria: grave matter, full knowledge and deliberate and free consent. If one or more is missing, then it is subjectively considered a venial sin. Hence, stealing a pencil is not grave matter but stealing a dollar from a homeless person is very serious. Some sins are intrinsically evil and are always considered grave matter (fornication, adultery, masturbation, rape, incest, murder, mugging, desecrating a holy place like church, synagogue or cemetery, cheating the poor, abusing children, lying under oath, etc.)  Other sins are grave due to circumstances of place or person. For example, slapping your brother or sister is bad but slapping your mother or father or grandparent is far worse. The insult is measured by the dignity of the person being offended. Slapping a stranger who verbally insults you is not grave matter but decking a nun is grave. Getting intoxicated and then driving is grave matter whereas having a few too many but having a designated driver take you home is a less serious offense.

Confession, or Reconciliation as it is commonly known, is par excellence the Sacrament of Mercy! Let us take advantage of this wonderful sacrament and frequently cleanse our souls in the Blood of Christ and be strengthened by His grace.

Highlighting the importance of confession, a psychology professor once stated: “The Catholics have it right. Confession is the best thing for mental health. It provides the sinner with a chance to voice their sins, receive absolution, be completely forgiven, and start anew. Nothing is more beneficial for mental health than this!”

Thus, we see that Our Lord is both the Good Shepherd caring for His sheep and the Divine Psychologist who provides the remedy for all sin, all anxiety, all doubt and all fear.

Through a good confession, we can be certain that God has forgiven us. It is imperative, however, that we learn to forgive ourselves. No matter the gravity of our sins, Our Lord Jesus Christ forgives us through the Sacrament of Confession. This is the reason we can forgive ourselves and with humility and gratitude proceed forward along the path of virtue through God’s merciful grace.