Announce His Glory - Catholic Action For Faith and Family

The climax of the Easter season is in the two solemn feasts of the Ascension and of Pentecost.

The Ascension of the Lord, celebrated traditionally Forty Days after the Resurrection, can be seen as a grace of divine justice. Jesus Christ, the Son of God and Savior, humbled Himself in being made flesh in the Incarnation. He taught, was killed, and rose from death. Now He is restored to the glory that is rightly His from all eternity. He returns to the heavenly Father, and sits at the right hand of the power. He receives again the glory which is His due. 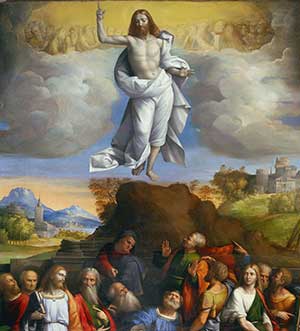 The account of the Ascension from the beginning of the Acts of the Apostles (Acts 1:6ff) seems to hint that the disciples are not quite ready to let Our Lord go. Up to the very moment they are still asking Him questions, “Lord, are you at this time going to restore the kingdom to Israel?” (v. 6) Still watching our Lord ascend, they must be dispersed by the Angel, “Men of Galilee, why are you standing looking at the sky?”(v. 11)

They return to the Upper Room and pray (Acts 1:13-14). The answer to their lingering hesitation and the whole Easter mystery will come with the Gift of the Holy Spirit at Pentecost.

Christ has left their sight, but He hasn’t abandoned them. In the Last Supper He anticipated His death and Resurrection and gave the Church the Holy Eucharist as the food for eternal life and the living memorial and re-presentation of His Sacrifice. St John Paul II wrote in his encyclical, Ecclesia de Eucharistia, that “This sacrifice is so decisive for the salvation of the human race that Jesus Christ offered it and returned to the Father only after he had left us a means of sharing in it as if we had been present there.” (no. 11) 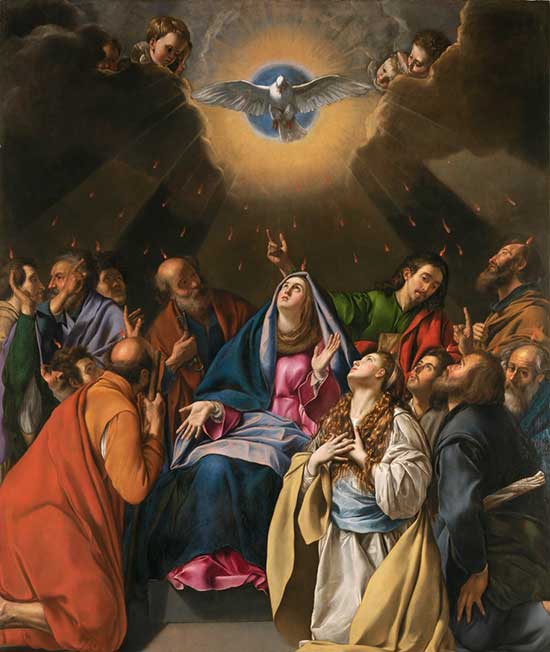 St Matthew, in his account of the Ascension, has emphasized this promise of Christ fulfilled wonderfully in the Eucharist: “And behold, I am with you always, until the end of the age. (Mt 28:20)

In his Sermon on the Ascension, Pope St. Leo the Great (400-461 A.D.) speaks about the work of Christ between His Resurrection and Ascension. These days, he says, “were by no means uneventful; during them great sacramental mysteries were confirmed, great truths revealed. In those days the fear of death with all its horrors was taken away, and the immortality of both body and soul affirmed.” (as quoted in Office  of Readings, Wednesday, Sixth Week of Easter).

The Church’s liturgical prayers emphasize that Christ has gone to the place of glory in Heaven for at least two reasons: to intercede for us, (Penitential Act, no. 6) and to prepare a place for us (Jn 14:2-3) – such that, “we, His members, [the members of His Body], might be confident of following where He, our Head and Founder, has gone before.” (Preface I of the Ascension) 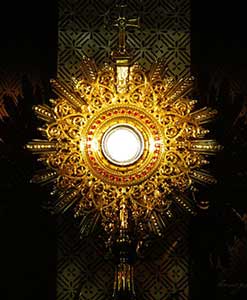 In addition to His abiding presence in the Most Holy Eucharist, Our Lord promises the Gift of the Holy Spirit, manifested ten days later, on Pentecost. The Scriptural account of Pentecost and the subsequent testimony records the powerful transformation of the timid apostles into daring missionaries who not only know the truth of Christ, but are on fire to share it. Here is fulfilled what Jesus had promised, “You will receive power when the Holy Spirit comes upon you, and you will be my witnesses in Jerusalem, throughout Judea and Samaria, and to the ends of the earth.” (Acts 1:8)

It is as though all the seeds of Christ’s teaching, the love and friendship that He had showered on these closest followers over the three years of His public ministry, are now awakening and will begin to bear fruit. 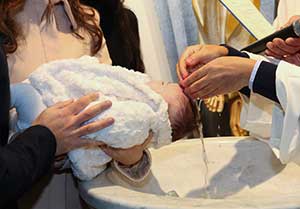 We must confidently call upon Him, “Come Holy Spirit! Come Holy Spirit!” that these gifts will similarly germinate and blossom. Whatever we know of Christ; “what we have heard, what we have seen with our eyes, and touched with our hands,” (1 Jn 1:1) we must now be bold to share. The world has only one Savior. “There is no other name under heaven given to men by which we are to be saved.” (Acts 4:12) Christ the Lord must be proclaimed as the Savior of every human heart.

As timid and unfaithful as we sometimes have been, God nonetheless chooses you and me. We are witnesses for Christ! It is our work, with the aid of the Holy Spirit, to announce His Glory. 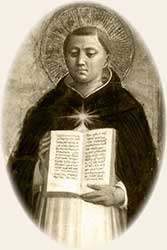 - Commentary on Luke 24:49-50 - “And behold I am sending the promise of my Father upon you; but stay in the city until you are clothed with power from on high. Then He led them out as far as Bethany, raised His hands, and blessed them. As He blessed them He parted from them and was taken up to heaven.” 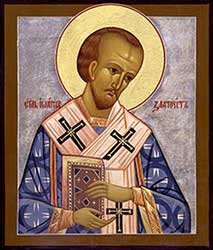 “But as a general does not permit his soldiers who are about to meet a large number, to go out until they are armed, so also the Lord does not permit His disciples to go forth to the conflict before the descent of the Spirit.” …

“But why did not the Spirit come while Christ was present, or immediately on His departure? Because it was fitting that they should become desirous of grace, and then at length receive it. For we are most awakened towards God when difficulties press upon us.” 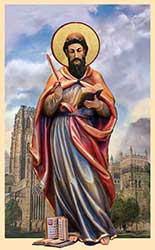